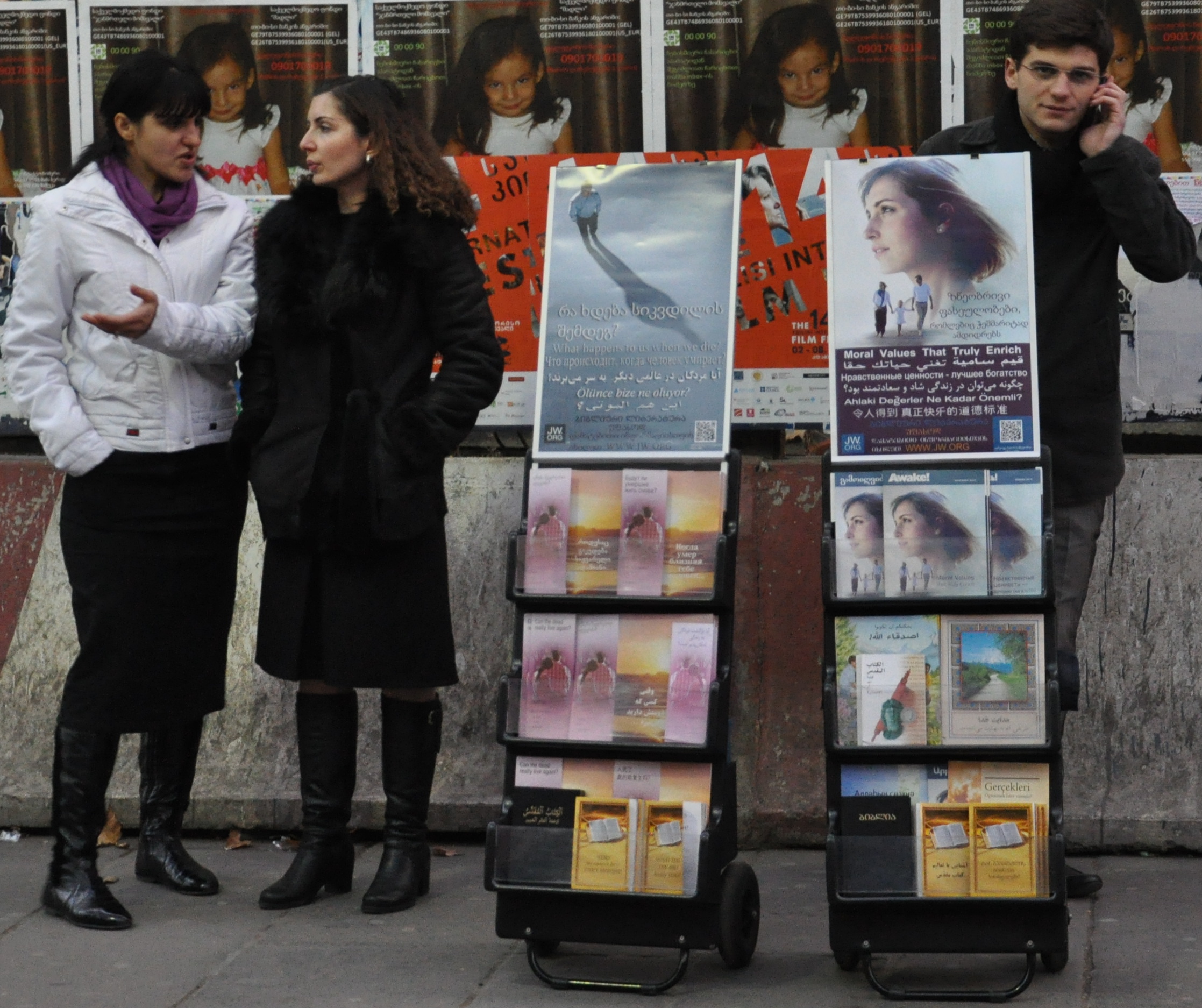 TBILISI, DFWatch–A human rights group claims there has been an increase in discrimination of religious minorities in Georgia in 2013.

On November 15, Jehovah’s Witnesses’ Kingdom Hall, located in Upper Etseri, Samegrelo, West Georgia, was shot at twice. The building is used for gatherings twice a week, but representatives of the community said no-one was inside the building when the shooting took place, Transparency International Georgia reports.

They found that the shooting at the wall of Kingdom Hall in Upper Etseri is not the only instance of harassment the community has had to endure. EMC tells of another incident when about 30 students abused Jehovah’s Witnesses verbally and physically, shouting that they had no right to spread their literature in Batumi, a seaside city a few hundred kilometers further south.

“Earlier, Union of Orthodox Parents, and clerics led by Basil Mkalavishvili, abused us verbally and often physically too. They attacked us at meetings, chased us in the streets. Now people abuse us mostly only verbally,” said Nino, a Jehovah’s Witness who spends two hours a day at Freedom Square manning an information stand where everyone can ask questions or obtain the religious community’s literature in many languages. Jehovah’s Witnesses claim their literature is translated into about 600 languages.

“One old woman comes here every day and shouts that we are sectarians, illiterate traitors of the country and the people,” said Eka, a young lawyer and Jehovah’s Witness for more than 5 years, who came to replace Nino at the box. “I have not been a victim of physical abuse, but people often threaten us. We are used to this treatment. We are required by God to be patient.”

EMC claims that there was in fact much more abuse against Jehovah’s Witnesses this year than what has been reported in public, and that the government has not responded to the abuse effectively.

“Mostly, individuals and some Christian clerics abuse them. Policemen often are either loyal to this violence or are involved in it themselves. The government’s reaction in these cases is limited to launching an investigation that usually is canceled after a few months. Often the police refuse to launch an investigation and warn the offenders only verbally or in writing,” EMC wrote.

The Interior Ministry said in a statement that an investigation has been launched into the Upper Etseri case and the investigation is still ongoing.

Ombudsman Ucha Nanuashvili calls on the government to actively investigate the Upper Etseri case to avoid a recurrence.

His office publishes reports annually which show that the increase in religiously motivated discrimination in 2013 comes after several years with a low level of inter-religious conflict in Georgia.

According to the ombudsman, in 2004 the physical abuse of religious minorities almost stopped. The 2008 report says that in the preceding four years (2004-2007), the victims of violence were mostly Jehovah’s Witnesses, but in 2008 Muslims, Evangelists and representative of some other minorities were also attacked.

The ombudsman said the level of intolerance in society remained unchanged in 2009 with 21 reported cases, 20 out of which concerned Jehovah’s Witnesses.

In 2010, it was also reported that religious minorities were experiencing serious problems with exercising their religious freedom in the penitentiary system.