I hope there will be a dialogue about selling Georgia anti-tank and anti-aircraft weapons: policy specialist

I hope there will be a dialogue about selling Georgia anti-tank and anti-aircraft weapons: policy specialist 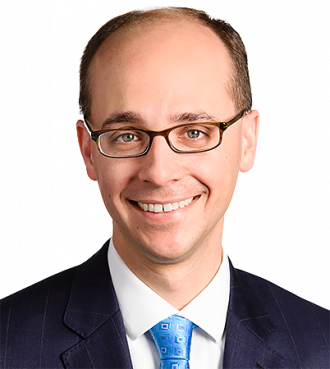 Voice of America’s Anna Kalandadze spoke to Daniel Kochis, a Europe policy specialist in the Margaret Thatcher’s Center for Freedom at the Heritage Foundation, a US Conservative think tank, ahead of US Vice President’s visit to Tbilisi.

Voice of America:  What is the message of VP Pence’s trip to Estonia, Georgia and Montenegro and what message should Moscow get from this trip?

Daniel Kochis: I think the vice President’s trip is an important follow-up to President Trump’s visit to Poland, where he attended the Three Seas Summit as well as gave a speech before heading to Germany and I think that this trip for the vice president focuses specifically on a visit to countries near the Baltic, Black and Adriatic seas.

Important message for the vice president to bring is that the US remains committed to these important regions and US is looking to strengthen its alliances with countries like Estonia, Montenegro and Georgia.

The message for the Russians, at the same time, is that the US is interested in these regions and is not going to cede them to the Russians, and that Washington has a long-term plan to remain supportive of our allies.

VoA: More on Georgia: how would you characterize Georgia’s Euro-Atlantic integration efforts and its relations with the US?

Daniel Kochis: Georgia has been a staunch partner and an ally of the United States since getting its independence, where successive Georgian Governments have liberalized the economy, cut bureaucracy and embraced democracy. Of course, there has been a huge security partnership between Georgia and the United States, Georgia and NATO-Noble Partner exercises which are ongoing.

I think this is one of the reasons that vice president will be visiting Georgia and I think this is an extremely strong sign of US – Georgian security partnership.  Of course, Georgia has a number of troops, almost 1000 troops in Afghanistan and has been a big contributor to the NATO-led missions. I think it’s important for Georgians to continue on the path towards NATO membership, towards integration in the Western institutions and I think it’s vital that the vice president brings this message: the United States is supportive of these efforts, that Georgia’s future is with NATO, it is with the West and that the United States is going to stand by and help Georgians eventually achieve those goals

VoA: You mentioned results-what will come out of VP’s trip, anything we can strongly anticipate?

Daniel Kochis: I think, he will make a commitment to Georgia’s continuing path towards NATO membership, I would like to also see him call the Russian military presence in Georgia what it is-that’s an occupation and I hope to see a dialogue get started about selling Georgia anti-tank and anti-aircraft defensive weapons, like Ukraine.  I think this is something we would like to see because Georgians have right to self-defense and they are under illegal occupation by Russia.

VoA:  What is going to be Moscow’s reaction to this trip by VP?

Daniel Kochis: I think that the US, now President and the Vice president in a short period of time have gone to allies in Eastern Europe, Baltics, Georgia.  I think that the message for Moscow to get is that the United States in engaged, and is not disengaging with its allies in the region.  We really haven’t seen this kind of active relations across the past decade and this goes to the increased budget initiatives, troop deployment, multilateral exercises and some of the other European reassurances initiatives. It is a very strong signal that the United Stated is going to stand by its allies and it isn’t going to cede them to the Russians.

VoA: August 8 marks the 9th anniversary of the Russia-Georgia war.  Do you think US could have been more active and should have supported enactment of sanctions against Russia for its belligerent efforts to prevent similar events and annexation of Crimea?

Daniel Kochis: I think that’s right, I think in Georgia the administration of the United States was caught very flatfooted back them, I think that we didn’t learn a lesson by Russia’s actions, we didn’t impose any sort of sanctions and I don’t think we were strong enough discussing the illegal actions by Russia.  Again, we saw this sort of aggression a few years later in Crimea and then of course Russians had a lot of lessons learned from the war with Georgia.

We recently saw US Congress pass a bill on additional Russian sanctions and the administration thus-far has supports the sanctions. I believe these are all good things that United States decided to do forcefully and steadily, condemning Russia’s actions against its neighbors such as Georgia and Ukraine. We need to maintain our strength and resilience in our further actions so we are not caught flatfooted for the third time from the Russians.  We need to be very strong, keep in place those actions and make sure that Russians know about consequences for their actions.

Anna Kalandadze leads a Georgian service of Voice of America in Washington DC.  You can follow her at @anavoa or on www.voanews.com/georgian to see more of her interviews.