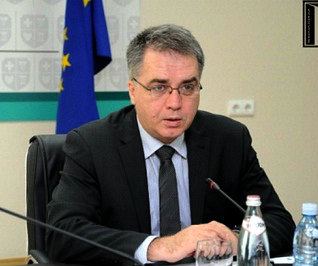 TBILISI, DFWatch–The Georgian health minister warns people against staying too long out in the sun as temperatures many places in Georgia will surpass 40 degrees Celsius (104 F), according to the national environmental agency.

Health Minister Davit Sergeenko told journalists that people should not to stay long under the sun long, particularly around noon.

He urges everyone to consume at least 2,5-3 liters of water daily to avoid dehydration.

According to meteorologists, the weather will remain hot and dry until the end of the week throughout Georgia, with the heat expected to peak on Tuesday, Aug 19.

Especially high temperatures are expected in the Western part of the country.

On Tuesday, 41 degrees Celsius is expected in Kakheti.