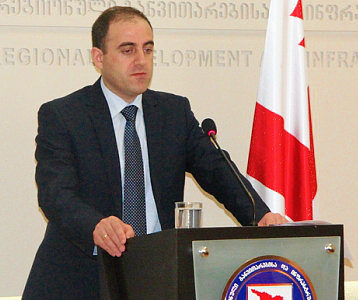 TBILISI, DFWatch–Georgia’s National Statistics Department will starts the first phase of a population census on July 1, 2014.

Minister of Regional Development Davit Narmania said Friday that the first part of the work will be conducted in the regions Adjara, Guria and Kakheti.

Zaza Chelidze, head of the Statistics Department, called for people to cooperate with the census.

“Finally this information will be used to easier plan and implement programs in the country,” Chelidze added.

GEL 18 million or about USD 11 million has been allocated, and the first results will become public in spring of 2015.

The census taking will begin in Adjara and Guria from July 1 to 14; then in Kakheti from July 16 to 30.

Last time there was a census in Georgia was in 2002.