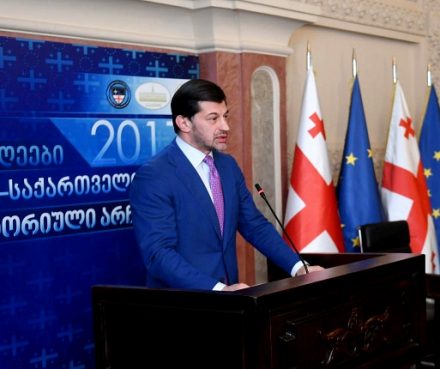 Georgian Dream MPs and members of government met on Sunday behind closed doors to agree on a candidate.

Although no official information about the meeting has been released so far, individuals who were present used phrases like “without alternative” or “very likely” when asked about Kaladze’s odds of being named as candidate.

However, to be officially nominated as Georgian Dream candidate, the former A.C. Milan player needs to be approved formally by the party’s political council; its highest decision-making body.

GD members have not said when the next political council meeting will be held.

Incumbent Tbilisi Mayor Davit Narmania said on Monday that Kaladze is his personal friend and he’ll support his candidacy if the council nominates him.