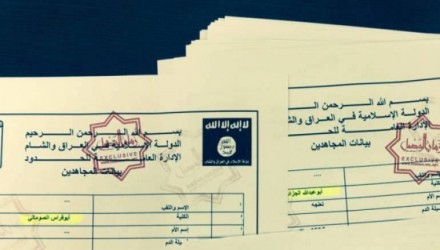 A sample of leaked IS registration documents (Picture: Zaman al-Wasl)

Experts point out inconclusiveness of the analysis of a sample of leaked documents, which mention five Georgian fighters registered with the Islamic State.

The Combating Terrorism Centre (CTC), an American educational institution affiliated with the United States Military Academy published a detailed report on a sample of leaked Islamic State recruitment files, which shed some light on the recruitment process and reveals identities of thousands of foreign recruits.

The documents surfaced in the beginning of March. Their authenticity is corroborated by the fact that they include names of people who had previously been revealed to the public.

The documents are believed to be registration papers for would-be recruits from a border crossing from Turkey into Syria. The questions included in the questionnaires include names, date and place of birth, hometown, phone number, education, and blood type.

CTC’s report called The Caliphate’s Global Workforce: An Inside Look at the Islamic State’s Foreign Fighter Paper Trail provides an analysis of over 4,600 unique Islamic State personnel records that were produced by the group between early 2013 and late 2014.

The analysis of the documents shows that the recruits came from more than seventy countries. Although the fighters came from a wide range of educational backgrounds, the majority of them appear to be relatively well-educated when compared to educational levels in their countries. Approximately 10 percent of the recruits stated that they had previous jihadist experience, primarily in Syria, Libya, and Afghanistan.

The majority of fighters in the leaked documents stated that they came from Saudi Arabia, Tunisia, Morocco, and Turkey. 210 fighters came from Russia, 122 came from Azerbaijan, and only five from Georgia and one from Armenia.

In his comment for DF Watch, Bennett Clifford, the American researcher affiliated with Wake Forest University who conducted studies on radicalisation in Georgia and the North Caucasus, pointed out that CTC’s source material was erratic.

‘The CTC study is groundbreaking, but it does include some caveats in terms of assessing total foreign fighter numbers from the leaked cache of the Islamic State in Iraq and the Levant’s records. The total data (around 22,000 documents, including duplicates and incomplete records) was pared down to approximately 4,000 usable records, which does not make it an exhaustive or proportional estimate of foreign fighters by country of citizenship/residence. 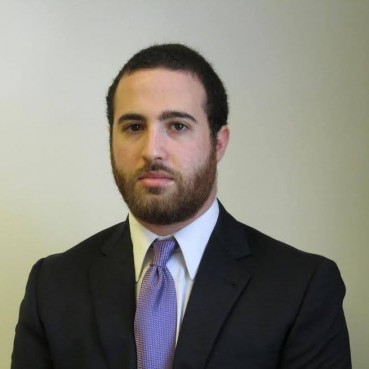 According to Bennett Clifford, American researcher who conducted studies on radicalisation in Georgia and the North Caucasus, the discrepancies between earlier reports and what was to be found in the leaked documents reveal the latter can’t be considered a definitive source.

‘Additionally, the study notes that ISIL documents are notoriously prone to transcription errors, mislabelling, and alternate between using kunya (nicknames) and actual names, which all make them difficult to use in determining exactly how many foreign fighters are in the group, and from which countries they hail’, Mr Clifford told DF Watch.

DF Watch asked Michael Cecire to estimate the number of Georgian fighters in Syria and Iraq and to give a comment on the relatively low number of Georgian fighters in the ranks of the Islamic State mentioned in the leaked documents. Mr Cecire is an independent Black Sea–Eurasia regional analyst and an associate scholar at the Foreign Policy Research Institute in Philadelphia.

Mr Cecire said that the overall figure of Georgian fighters in the ranks of all militant Islamist groups in Syria and Iraq, not only with the Islamic State, can be estimated at between 50 to 100. At least 21 of them were killed in action so far.

‘A year or two ago, the most credible estimates of Georgian fighters in the Syria/Iraq theatre was a steady state of some 30–50 fighters largely from the Pankisi Gorge. However, since that point, there is significantly more evidence that there are additional fighters from Georgian Muslim communities in Achara or ethnic Azerbaijani regions. This could raise that range to the 50–100 level, though there is also evidence that foreign fighter outflow has appreciably slowed in recent months. It’s also worth considering that these numbers tend to fluctuate considerably due to furloughs, returnees (away from the battlefield, if not necessarily back to Georgia itself), casualties, and, conversely, periodic injections of fresh recruits’, Mr Cecire told DF Watch. 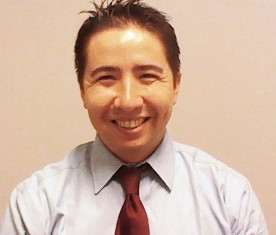 Michael Cecire, independent Black Sea–Eurasia regional analyst, estimates the number of Georgian fighters in Syria and Iraq as somewhere between 50 to 100.

‘By my own count (I keep a database), I have 21 reported Georgia-originated fighters having been killed in action in Syria since 2012 or so — and 22 if one counts the reported death of Tarkhan Batirashvili (AKA Omar al-Shishani). This is at least a bit higher than typical numbers circulated in most Georgian media’, Mr Cecire added.

Given the estimates, the figure of five Georgian fighters in the leaked IS documents strikes as relatively low, especially given the very high figure for Azerbaijani recruits. Mr Cecire points out that the leaked papers represent only a small part of the recruitment database and can’t be seen as representative.

‘I don’t think there is any reason to believe that names in the CTC papers were exhaustive or proportionally representative of ISIS’ broader ranks. More likely, the list was only a part of a database that was not randomised. Also, there is also very good evidence that the number of Azerbaijani fighters in Syria is considerably higher than those from Georgia. It is also possible that the way fighters were categorised may have led to lower numbers of reported Georgians. Ethnic Azerbaijanis with ties to Georgia, or even citizenship (but also holding Azerbaijani passports), may have preferred to identify as Azerbaijani. Similarly, ethnic Vainakhs with ties to Pankisi, but perhaps departing from Russia or European refugee communities, may have opted to identify as Chechen (the nomenclature of exact extraction is reportedly a matter of some dispute between Vainakh foreign fighters and sympathisers)’, Mr Cecire told DF Watch.

According to Bennett Clifford, the discrepancies between earlier reports and what was to be found in the leaked documents reveal that they can’t be considered a definitive source.

‘The numbers of residents of Russia and the Caucasus fighting for the Islamic State contained in these documents are somewhat low; the data includes around 200 Russians, 120 Azerbaijanis, 5 Georgians, and 1 Armenian. In contrast, a 2015 report by the Soufan Group estimates that around 2,500 militants from these countries were fighting in Iraq and Syria (not cross-listed by specific militant group). These discrepancies reveal additional methodological problems with the CTC data specific to foreign fighter movement from Caucasus. For example, “residency” is assessed based on the last country in which an individual militant lived; in many cases, militants from Georgia, Azerbaijan and the North Caucasus live for a significant time period in a third country (usually Turkey or Russia) before they travel to Syria and Iraq. Many foreign fighters also hold a passport (real or fake) from one of these countries, rather than from their country of birth. In addition, fighters on the “wanted lists” in their respective countries have an additional incentive to not fully report their previous places of residence and alter their names, citizenship, and residency to avoid prosecution’, Mr Clifford told DF Watch.

Mr Cecire noted that the documents and CRC’s subsequent research constitute an interesting source material on foreign fighters in Syria and Iraq, although they’re not representative in a way which would allow to draw broader conclusions.

‘There is no doubt that the records are an interesting find and offer some compelling insights into foreign fighter participation. But it is not representative, quantitatively scientific data from which to form broader assumptions about ISIS without compelling additional context. Even structured, informed qualitative data would have been more useful for drawing broad lessons. But it does potentially serve as a major piece in a growing body of evidence about the types of people who decide to join ISIS’, Mr Cecire said.