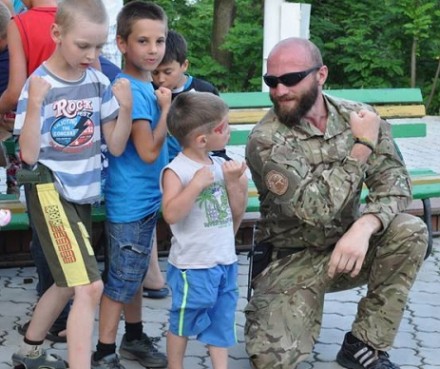 TBILISI, DFWatch–A Georgian, who was fighting for Ukraine in Mariupol, has been reported dead.

The death of Konstantine (Kote) Lashkhia has not yet been officially confirmed. Rustavi 2 reported it based on information from Davit Makashvili, who is also fighting in Ukraine. According to him, the body was taken to a morgue in Mariupol, but so far there is no information about when it will be transferred to Georgia.

Former Georgian President Mikheil Saakashvili, who is currently Governor of Odessa, wrote on his Facebook page that Lashkhia had drowned at sea and that it was an accident, but this has not been officially confirmed.

Lashkhia was a native of Sukhumi, the capital of the Georgian breakaway region Abkhazia, and had a wife and two children.

He left for Ukraine eight months ago and had been a soldier in the Georgian military, serving in Afghanistan and Iraq.

At least three Georgians have died in the war in Ukraine.