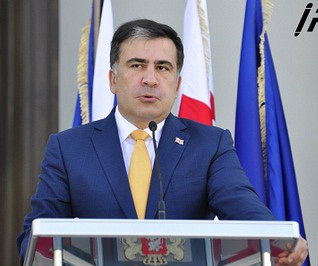 TBILISI, DFWatch–Georgia’s Prosecutor’s Office on Saturday published more details about what ex-President Mikheil Saakashvili spent money for that was meant to be used for the security force SSPS.

Saakashvili is charged with embezzlement of more than eight million lari, but following Georgian political tradition, the public has mainly been interested in what the money was spent on, not on whether it was embezzlement – the unspoken Georgian morale being that as long as it was spent on something useful to the country, no-one would care that parliament was deceived about the exact amounts.

Prosecutors publishing a long list of activities and items for which the money was spent.  https://dfwatch.net/saakashvili-charged-with-embezzlement-of-security-force-money-39731

Saakashvili and his party members responded sarcastically and avoided addressing the issue of whether the SSPS budget had been manipulated, focusing only on what the money was spent on.

Prosecutors hit back on Saturday by publishing a detailed list showing that the money was spent  on cosmetic procedures during 2009-2012 for Saakashvili and his friends – 673,260 lari in total (USD 389,618) from which Saakashvili spent 399,495 laris (USD 231,189) only for his procedures, which included botox and epilation abroad several times.

The Prosecutor’s Office said that the investigation has ‘incontrovertible evidence’ to all above mentioned and a lists of scanned documents is available on the website: http://pog.gov.ge/geo/news?info_id=529 which shows that the money was spent on other things than the Special State Protection Service (SSPS).

Also on Saturday, the National Movement issued a statement saying that the Prosecutor’s Office continues to fabricate documents against Saakashvili and this way political persecution against him and his party members.