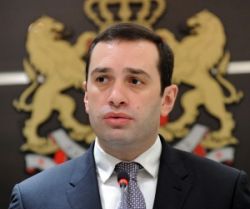 TBILISI, DFWatch–The defense ministers of Azerbaijan, Georgia and Turkey will meet in Azerbaijan on Monday.

Georgian Defense Minister Irakli Alasania said Sunday this is the first formal meeting between the three ministers and has been planned for a long time.

The most important topic is an agreement about communication infrastructure for emergency situations, especially for contingencies surrounding oil and gas pipelines, railway communications and military conflict.

“I want to underline that this is directed only at regulating security and defense issues and is not against anyone,” he said, adding that such agreements will strengthen regional stability.

In May, the presidents of Turkey, Azerbaijan and Georgia met in Tbilisi to discuss cooperation between the three countries. The main topics for their meeting was the 1,760 km long Baku-Tbilisi-Ceyhan pipeline, the so-called Shah Deniz gas field and a project still in development to connect rail lines between the countries, the Baku-Tbilsi-Kars transport corridor.