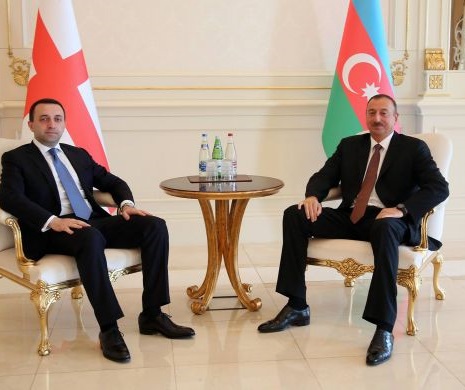 The meeting took place at the president’s palace, and Gharibashvili was accompanied by members of his government.

Aliyev and Gharibashvili discussed regional security and energy security issues and agreed to deepen their countries’ cooperation in terms of politics, economy, culture and energy.

After the bilateral meeting, a delegation from Georgia also met with the president, to discuss joint projects which Georgia and Azerbaijan are implementing in the economy, energy and transport sectors.

Two of the projects are the Baku–Tbilisi–Ceyhan pipeline and the parallel Baku-Tbilisi-Erzurum gas pipeline.

The delegation will also meet with the Azerbaijani prime minister.