Georgian PM campaigning for mining in ancient gold mine

Georgian PM campaigning for mining in ancient gold mine 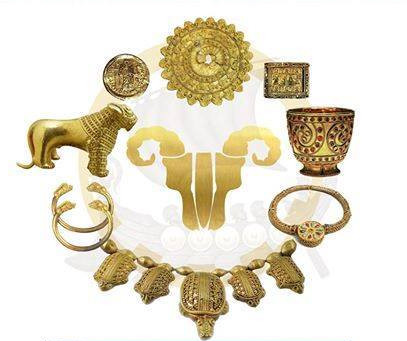 Activists for saving Sakdrisi made an exhibition that was on display in parliament in Kutaisi.

TBILISI, DFWatch–Prime Minister Irakli Garibashvili on Friday defended the destruction of an ancient gold mine, arguing that locals need the jobs.

Appearing with employees of RMG Gold at the municipal building in Marneuli, a town south of the capital, he blamed the former ruling National Movement party of being behind the campaign to save the ancient mine, which was destroyed by mining blasts in December last year.

The workers asked him to ‘get rid of the National Movement’ who doesn’t let them do their work. They said three thousand people are employed in the company and there is danger that they may become unemployed.

“The National Movement with their satellite organization and pseudo-culture protection activists are fighting against these people,” Garibashvili said, promising workers that the government won’t let the company’s activities be halted.

The National Movement had government power in Georgia from 2004 to 2012. Georgian Dream, the coalition now in government, has accused the campaign to save Sakdrisi of being a ploy orchestrated by the former ruling party to undermine the government.

Garibashvili was responding to a press conference by Sergo Ratiani of the National Movement two days prior where he presented a letter of support from Professor Thomas Stöllner at Ruhr University Bochum, who has extensive field work experience from the Sakdrisi site.

Thursday, the Free Democrats asked parliament to make something happen with an earlier decision to have an inquest into the issue, but Georgian Dream again made sure there is no progress. Outside parliament “Free Zone” demonstrated, the group which Garibashvili referred to when he said the National Movement’s ‘satellite organization.’

Last Monday, the Sakdrisi support committee demonstrated outside the government office, and the group also organized an exhibition in parliament in Kutaisi of artifacts found at the site.

The destruction of the mine in December, 2014, came as a complete surprise, not least since a plan was being prepared by the National Museum for how to finish the research before the start of commercial exploitation. Archaeologists were not finished researching the more than 5,400 years old traces of humans who belonged to what is called the Kura-Araxes civilization.

The conflict began when it became known a year ago that the government was preparing to allow RMG Gold to extract gold at Sakdrisi. A court ruled last summer that work must be halted till the conflict is settled, but the ruling was unexpectedly – and without informing the public – set aside by the monuments protection agency in December, and RMG Gold carried out mining blasts – also without warning – that destroyed most of the area that is interesting to archaeologists.

Environmental activists and archeologists still try to push for a halt in the work to rescue what may remain, but the company has the support of the prime minister and also its workers, who come from job-starved communities in Bolnisi and have rallied around the company in defense of their livelihood.

A court is reviewing the Sakdrisi issue and a few months ago it ruled to halt work until it has reached a final decision.

Parliament voted in support of creating an investigative commission to study the Sakdrisi issue, but this has not yet happened because of resistance among ruling coalition delegates. After the last debate, on April 2, the issue became even more polarized.

Caucasus lies in the middle of a belt of mineral-rich rocks, and the region contains many sites where prehistoric man extracted precious metals. The study of the role of these ancient mines in their contemporary society is still in its infancy.

Further studies at Sakdrisi could have shed light on the early development of complex, hierarchical societies. The mine was used by humans belonging to the Kura-Araxes civilization (3,400-2,000 BC), which is believed to have been a phase of human history in which we began to form more complex societies with specialized roles.