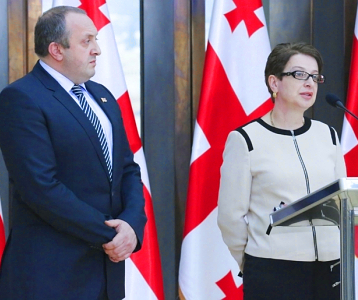 TBILISI, DFWatch–The Georgian parliament on Friday approved Nino Gvenetadze as new head of the Supreme Court by 88 votes against 0.

Gvenetadze was a Supreme Court judge in the past, but was fired during the controversial justice reforms under Saakashvili.

The president’s parliamentary secretary Giorgi Kverenchkhiladze outlined her biography and professional skills to parliament on February 17.

Gvenetadze started her career in the court system in the 1990s. While serving as a Supreme Court judge, she was dismissed along with several colleagues in 2005 after they criticized chief justice Kote Kublashvili of pressuring them.

Until 2012, she was a member of the Republican Party, one of the parties that make up the Georgian Dream coalition.