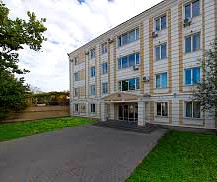 The trial was held in Telavi district court. (Interpressnews.)

TBILISI, DFWatch–The district court in Telavi, in Georgia’s eastern Kakheti region, on Thursday sentenced a man to 10 years in jail for murdering a US citizen last August.

The court determined that on August 12, 2016, Mikheil Chincharashvili met the US tourist Fritz Wolfgang Musser, a backpacker who was heading toward Tusheti that evening, the Prosecutor Office’s Office wrote in a statement.

The accused was arrested on August 13 for premeditated murder. He pleaded guilty.