Georgian journalist died in an accident in Mtiuleti Mountains

Georgian journalist died in an accident in Mtiuleti Mountains 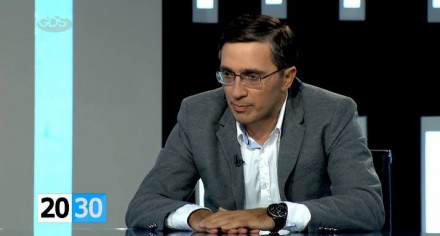 Tbilisi, DFwatch – Zviad Tkhelidze, reporter at news program 2030 at the GDS TV, died as result of a tragic accident during his journalistic assignment on Saturday.
The accident occurred in Khada Gorge, Dusheti district, historical mountainous province of Mtiuleti, where 2030 was filming a documentary. Reportedly the journalist drowned in a stream when trying to save a gear which had dropped in the water.
Up to 50 rescue workers were involved in the rescue operation. They managed to recover the body downstream on Sunday early morning.
DFWatch team expresses condolences to the family of Zviad Tkhelidze.