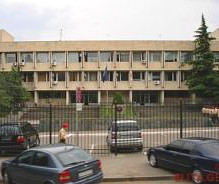 TBILISI, DFWatch–The Georgian government has announced the start of long-awaited reform of the powerful Interior Ministry.

It is formally known as the Ministry of Internal Affairs (MIA), and was created during Saakashvili when the counterintelligence was joined with the rest of law enforcement, later also absorbing border control, into one big unit with wide powers and little accountability.

The groups that make up the coalition Georgian Dream were against such a concentration of power and in the 2012 election promised to break the MIA up into smaller divisions.

Nothing has been done so far, except declarations of intent. But now, PM Irakli Garibashvili has brought the promised reform back on the agenda, after seven of his ministers were replaced and the government is forced to ask parliament for a vote of confidence. The reform will begin as soon as the new government has been confirmed, he promised.

Before the 2003 color revolution, the Security Ministry was a separate body, but Saakashvili merged it with the Interior Ministry claiming that it was a waste of resources to have two ministries instead of one.

He was criticized by opponents who believed that the reason the government was creating a powerful law enforcement body was in order to use it for party political interests. When the anti-Saakashvili movement managed to join together in the coalition Georgian Dream, the issue of splitting MIA was one among a long list of promises made before the parliamentary election in October, 2012.

Deputy Interior Minister Levan Izoria said the new model will split the State Security Service from MIA and make it subordinate to parliament, which will select its head, a solution which he thinks will give it more legitimacy.

Pavle Kublashivli, former chair of parliament’s judiciary committee, told DFWatch that what is important is whether the functions of the Security Service will change.

“It is hard to say what the plan is until we see it on paper. As far as I know, they don’t plan to change anything.”

While his party was in power, Kublashvili strongly opposed splitting the ministry.

The Free Democrats, a former coalition party that broke ranks in November last year and is now part of the opposition, claims that the reason splitting MIA is brought up at this stage is because the government needs a vote of confidence.