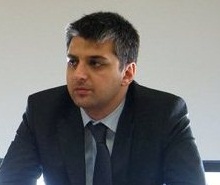 Levan Dolidze, who led the study, says they have seen proof that cable operators gave information to the commission which the commission claims it didn't receive.

The study was done by the must carry monitoring group, which estimates that out of the 3 621 256 voters in Georgia, over 200 000 can watch cable TV.

Levan Dolidze, who led the project, said the increase is a sign that the must-carry and must-offer principles are very useful and should be extended after Election Day, 1 October, possibly till 2015.

The group found some violations. National Communications Commission had time till 23 July to publish information about violations, monitoring, and TV company’s broadcasting (in some regions there were problems to begin broadcasting of Maestro, Global TV in time). The commission updated this information one week after the deadline, August 1.

Another issue, connected with the cooperation with National Communications Commission, was that the data that the commission was giving to the monitoring group often was incorrect. Sometimes, the commission even refused to cooperate, so the group had no information about how many people are subscribing to cable TV in the cities in Georgia. The commission claimed that cable operators were not providing such information.

As Levan Dolidze says the monitoring group saw a letter that proves that cable operators in fact did give that information to the commission.

Zurab Baziladze, head of the pro-opposition cable network Global TV, says his company still has a lot of problems following the principle of must-carry, but he supports the idea that this principles should be extended beyond the election.

The study group is now continuing their monitoring and plans to present a final report in November.