Satellite dishes will not be distributed after all

Satellite dishes will not be distributed after all 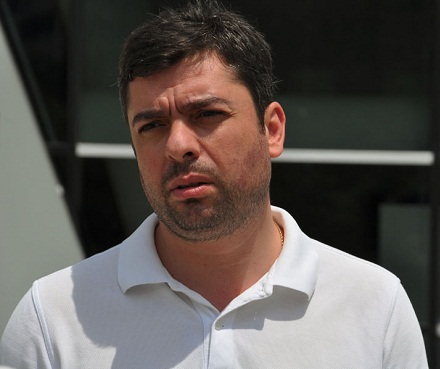 Maestro director Ilia Kikabidze says the government's offer was just a ruse to fool the international community into believing that it cares about freedom of expression. (DFWatch photo.)

TBILISI, DFWatch – Negotiations a TV company and the government about installing satellite receivers have failed.

The director of Maestro TV claims the government’s offer to negotiate about the distribution of the equipment was just a ruse, and that it never planned to actually lift the seizure.

Maestro was planning to install satellite dishes all over Georgia for the socially vulnerable. The government a few months ago seized the equipment arguing that what the TV company really wanted was to bribe voters in favor of the largest opposition party, Georgian Dream.

30 000 satellite dishes and 15 000 receivers were seized by the Prosecutor’s Office.

It is almost impossible for people to watch Maestro without having a satellite dish, because by ground transmitter it only covers the capital. The brunt of the population in regions don’t have enough money to buy satellite dishes, which is the background for TV company’s decision to hand out receivers to people and let them pay for them in installments over a certain period of time.

Consultations were held with Giga Bokeria, who is Secretary of Georgia’s National Security Council, and also chairs inter-agency commission, a government body which monitors the election environment. A week ago, the government agreed to distribute satellite dishes – on one condition: that the Georgian postal service distributes them.

But Ilia Kikabidze, head of Maestro, says that the negotiations failed, because the seizure of satellite dishes has in fact not been lifted, and, he adds, it seems like doing so was never the intention.

In the evening of September 17, another meeting was held to try to resolve the controversy. Ilia Kikabidze said Maestro requested to allow their company’s representatives to participate in the process of installation, but the commission didn’t agree to this proposal.

“We wanted our representative to be in the monitoring group, so as to see how the satellite dishes were installed. But they thought that a single person in this group would bribe voters in favor of some party. This is a principle issue, as we do not plan to bribe anyone.”

He said everything was already agreed, and that Georgian Post would even get a 7 percent profit from this project.

Maestro’s director thinks the inter-agency commission started negotiations only in order to mislead international organizations by giving them the impression that they were ready to lift the seizure of the satellite receivers.

“This is a course of action which they pursued to show readiness to international organizations that they are ready to make efforts for freedom of speech. This gave the false impression that the inter-agency commission was constructive and cared about the expansion of Maestro’s distribution area.”

Tamar Kintsurashvili, deputy Secretary of the Security Council, says the Prosecutor’s Office considered it suspicious that a Maestro representative would attend the installation process. Maestro’s direct involvement in installing receivers was the reason the dishes were seized in the first place, and accordingly this new proposal was unacceptable.

“If Maestro’s goal is to expand its area of broadcasting it was possible to implement our proposal and they didn’t accept it,” she said.