Georgia to invest in Shah Deniz

Georgia to invest in Shah Deniz 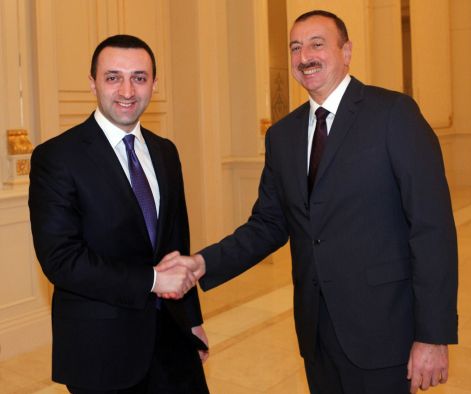 TBILISI, DFWatch–Georgia plans to invest USD 400-700 million in the Shah Deniz project in Azerbaijan, according to Energy Minister Kakhi Kaladze.

Kaladze was in Azerbaijan December 16-17 along with a delegation from the Georgian government who signed a resolution about implementing second phase of Shah Deniz, a gas field in Caspian Sea.

Georgia and Azerbaijan have signed agreements about purchasing and selling natural gas.

“After the pipeline is put into operation, we will get additional natural gas, which is of vital importance to our country,” Kaladze said on Tuesday.

According to the Energy Ministry, the project will involve expanding the South Caucasus pipeline in order to supply 16 billion square meters more natural gas in the direction of Turkey.

There will be built another pipeline 387 km of which will be on Azerbaijan’s territory and 55 km on Georgian territory, and includes the construction of two new compressor stations and a new pressure regulating and metering station in Georgia.

The agreement with Azerbaijan will mean that Georgia can purchase 5 percent of gas of this transit for 5 percent cheaper price.

Shah Deniz is the largest gas field in Azerbaijan, which was discovered in 1999. Operators of the field are well known gas companies like BP, Socar, Lukoil and Statoil.

The meeting was held at the president’s residence. According to the PM’s press office they discussed neighbor relations and strategic cooperation. Gharibashvili expressed a desire to deepen political, economic, cultural and energy relations with Azerbaijan and thanked the president for his support for Georgia’s territorial integrity.

On Tuesday, Gharibashvili held a speech at a conference about the second phase of the Shah Deniz project.

In his speech, the PM said that Azerbaijan is an important country responding to the needs of the region and necessities related to energy security of the EU countries. He said that the location of Georgia turns this country into a transport hub in the South Caucasus region to provide the shortest routes between Turkey and the Caspian Sea region.

The PM expressed hope that long-term cooperation in the energy sector will continue.

“The implementation of projects like Shah Deniz second phase, investment in which is about USD 40 billion in six different countries, will bring this country stability, economic growth and welfare and will also support the development of regional market and increase the level of energy security,” the PM continued.