Georgia to destroy its ‘dirty archive’ of personal secrets

Georgia to destroy its ‘dirty archive’ of personal secrets 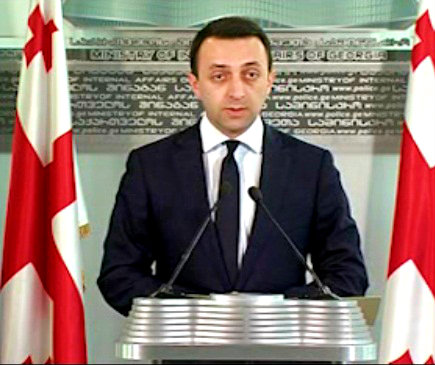 Interior Minister Irakli Gharibashvili said at a briefing Sunday that with the participation of civil society the ‘dirty archive’ should be destroyed immediately.

“I do not plan to be an Interior Minister who covers his own family members, relatives, or pressures subordinates in order to protect his chairman and to save himself,” Gharibashvili said adding that such period has ended.

Yesterday, police detained a former deputy of Irakli Gharibashvili, who today will be charged with publishing a video apparently shot with a hidden camera which shows three people having sex – two men and one woman.

“The investigation has revealed that Gela Khvedelidze illegally, and for his own personal reasons, released a video showing the personal life of a journalist. The detainee admits guilt,” the ministry’s statement reads.

A few weeks ago, a conference was held dedicated to secret surveillance during which participants at the conference proposed to immediately destroy the footage that was illegally obtained during President Saakashvili’s governments. However, Gharibashvili noted at the time that footage will only be destroyed when the investigation is finished in each particular case.