Georgia extends state of emergency, vows to ease some restrictions in May

Georgia extends state of emergency, vows to ease some restrictions in May 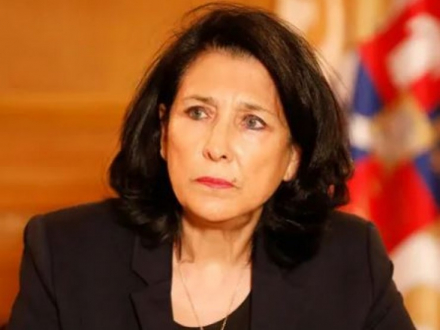 Georgia extends state of emergency by one month till May 22. “This decision will allow us to prepare for the lifting of restrictions,” said President Salome Zurabishvili on Tuesday, after announcing the decree.

“The measures undertaken during this month helped us to control and check the spread and scale of the disease. However, the challenge we face does not allow us to lose attention and remove the limitations prematurely. All existing calculations and predictions indicate a great danger of an increase in the internal spread of the epidemic in the next 2-3 weeks. In order to maintain the exemplary results achieved in the first stage, the existing regime must be maintained for some time to come,” she said.

“We must continue to take the necessary steps to stop the mass spread of the virus in the country, so that we can follow this phase logically. The opening phase involves step-by-step removal of the imposed restrictions […] I’d like to tell you that in the face of a prolonged state of emergency, we will have the opportunity to mitigate some of the restrictions,” said Irakli Chikovani, government spokesman and added the government would apply to president for state of emergency prolongation.

Another much awaited decision concerned the nationwide ban on driving cars, which had hit hard hundreds of thousands of Georgians and caused further closures of small and medium enterprises.

Chikovani said the ban will be into force for an additional week, until April 27.

“In two or three 2-3 weeks, in case of overcoming the peak, we will be able to actively start the plan to lift the restrictions and support economic activities and economic life,” Chikovani said.