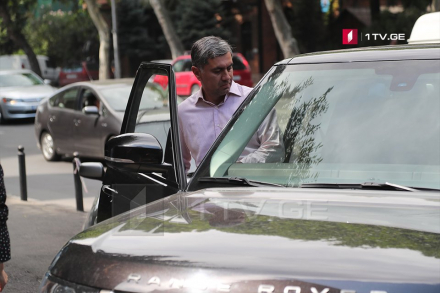 Irakli Okruashvili, who served for various important offices under President Mikheil Saakashvili in early 2000s, was sentenced to five years in prison on Monday for taking part in the Gavrilov Night clashes with police.

Initially he was accused of attempting coup d’état but later was charged with organizing of and participating group violence by the Prosecutor’s Office and detained in July 25 in Tbilisi. He was acquitted of the first charge but was found guilty in the second one. Georgian legislation implies prison term ranging between four and six years for this offense.

Upon his arrest, Irakli Okruashvili was a leader of Victorious Georgia, an opposition political party co-founded just a couple of weeks prior of his apprehension. He formed the party together with his former allies who also held important state offices during early years of Mikheil Saakashvili rule.

The list includes also another politician, Nika Melia who is a leader of opposition United National Movement. He was stripped of his MP status after being charged.

The events Okruashvili is charged with occurred on the night of June 20-21, when a visit by the Russian State Duma member Sergey Gavrilov triggered mass anti-Russian protests in Tbilisi. The events, which have been dubbed by the opposition as “Gavrilov Night”, led to hundreds of protesters and tens of police officers being injured.

Upon Okruashvili’s arrest, the MIA released a video which it said proves the guilt of Okruashvili and other detainees. “We plan to give the power back to the people, which have been stolen from them by Ivanishvili,” Okruashvili is heard in the video telling a journalist.

On February 10, another prominent opposition politician, former Tbilisi Mayor Gigi Ugulava was sentenced to prison term for charges, many in opposition believe, are also politically motivated.