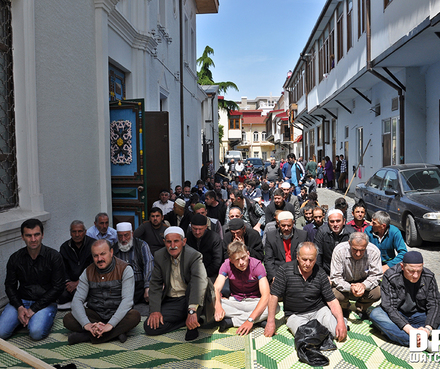 TBILISI, DFWatch–The Georgian government is doubling the funding of four religious denominations operating in the country, apart of the Georgian Patriarchate, the head of the State Agency for Religious Issues said on Wednesday.

The agency’s head Zaza Vashakmadze added that in the future the list may be extended to include two or three more religious groups, but the selection of groups has yet to be decided on, he said.

“We are working on this issue and the results of the new [population] census will help us in this process,” he said.

The fieldwork phase of the 2014 census was completed on November 19. Preliminary results will be published in April 2015 and the final results in April 2016.

Vashakmadze explained that the public funding to religious communities is meant to go mostly to cultural, charity, educational and religious services.

In 2014, Georgia allocated GEL 4.5 million to religious communities. The total amount was equally distributed among the four communities, but this decision was perceived as discriminatory by many, because it didn’t include other religious groups.

Vashakmadze said that in 2015, the amount will be doubled and distributed in the same equal way.

The four communities were picked on the basis of the size of their membership.

Earlier, the Patriarchate, the ruling body of the powerful Georgian Orthodox Church, used to be the only religion group in Georgia financed by the state, on the basis of the constitutional agreement, often referred as ‘Concordate’, signed between the Patriarchate and the government back in 2002. According to the document, the rationale behind this annual financing was the damage incurred by the Church in 1920s and 1930s, in the hands of Bolshevik rulers.