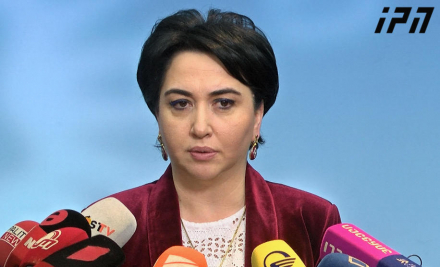 TBILISI, DFWatch–Police in Georgia have identified the person responsible for uploading to the internet a compromising video of an outspoken female member of parliament.

The person identified by his initials as D.A. is currently serving a prison sentence in Armenia, a spokesman for the Ministry of Internal Affairs said on Tuesday.

The spokesman added that the video was recorded by Georgian intelligence in 2012 during the tenure of President Mikheil Saakashvili, when Eka Beselia was in opposition.

D.A. has been charged in absentia, as has one other person, identified as M.D. who, according to investigators, provided the video to D.A. The person identified as M.D. is a woman. She is ethnic Georgian but a Russian national and currently resides in Russia.

The key proof of D.A.’s guilt is allegedly his mobile phone, which was examined by Georgian criminal police and prosecutors. The examination concluded that compromising videos depicting MP’s private life was uploaded by this phone.

The compromising video was posted on Facebook in January. The police immediately launched a criminal probe and arrested 16 persons. The detainees, who include two opposition activists and a popular singer, were charged with keeping and distributing videos depicting someone’s private life. Lately the number of persons indicted for this crime rose to 19.

Eka Beselia, a prominent lawyer and politician, was one of the founders of Georgian Dream in 2011. She remained a loyal ally of former PM and billionaire Bidzina Ivanishvili until February 2019, when she left Georgian Dream in protest against the government’s policies towards the judiciary.

Commenting on the new developments in the case on Tuesday, Beselia said she didn’t believe the person charged is the source and mastermind of spreading the video.

The same day, she was harangued by a former party ally, who claimed that while a member of GD, Beselia used to leaked stories of internal debates in the ruling party to the fiercely oppositional TV station Rustavi 2.

Eka Beselia responded by threatening to file a complaint against Zardiashvili at the parliament’s ethics council.