Four die in coal mine explosion in Tkibuli, Georgia

Four die in coal mine explosion in Tkibuli, Georgia 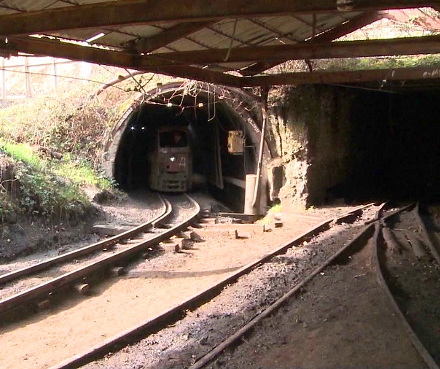 The accident happened in one of these mines in Tkibuli. (primenewsgeorgia.ge)

TBILISI, DFWatch–Four miners died after a methane gas explosion in a coal mine in Tkibuli, Georgia, Monday morning, prompting the temporary closure of the mine.

A further six were injured and brought to hospital. Two of them are still in a serious condition, while one of the six has been released from hospital, Health Minister Davit Sergeenko said.

Prime Minister Mamuka Bakhtadze declared July 16 a day of mourning in Georgia and pledged a thorough investigation of the accident; a promise that will hardly be believed by anyone, in light of the many previous accidents.

29 people have died and 24 been severely injured in workplace accidents in 2018 alone, the Trade Unions said. Out of those who have died, 11 were killed in the mines, which are located in Tkibuli, and in Chiatura, two mountain towns in the western Imereti region.

The last serious mining accident occurred in Tkibuli on April 5, 2018, when six people were killed as a coal mine collapsed. In May, 2017 four miners died in the same mine, which led to protests in Tbilisi.

Despite a continuous streak of fatal accidents and increasing pressure from the public, the government has been unable both to properly investigate past accidents and to ensure proper safety regulations in the Tkibuli coal mines.

But the Georgian Dream faction in parliament has always had the right position about regulating safety in the workplace, Speaker of Parliament Irakli Kobakhidze said on Monday. He blamed the former government, headed by ousted PM Giorgi Kvirikashvili, which resisted all efforts to address the problem, he claimed.

Until Kvirikashvili’s resignation, no similar statements were made in public by either Kobakhidze or other high-profile PMs. However, after a disagreement with Georgian Dream founder Bidzina Ivanishvili, the recently resigned PM has become a scapegoat for the ruling party. Kvirikashvili himself didn’t comment on the issue.

The incumbent PM Mamuka Bakhtadze ordered a temporarily closure of the Tkibuli mine where the accident happened.