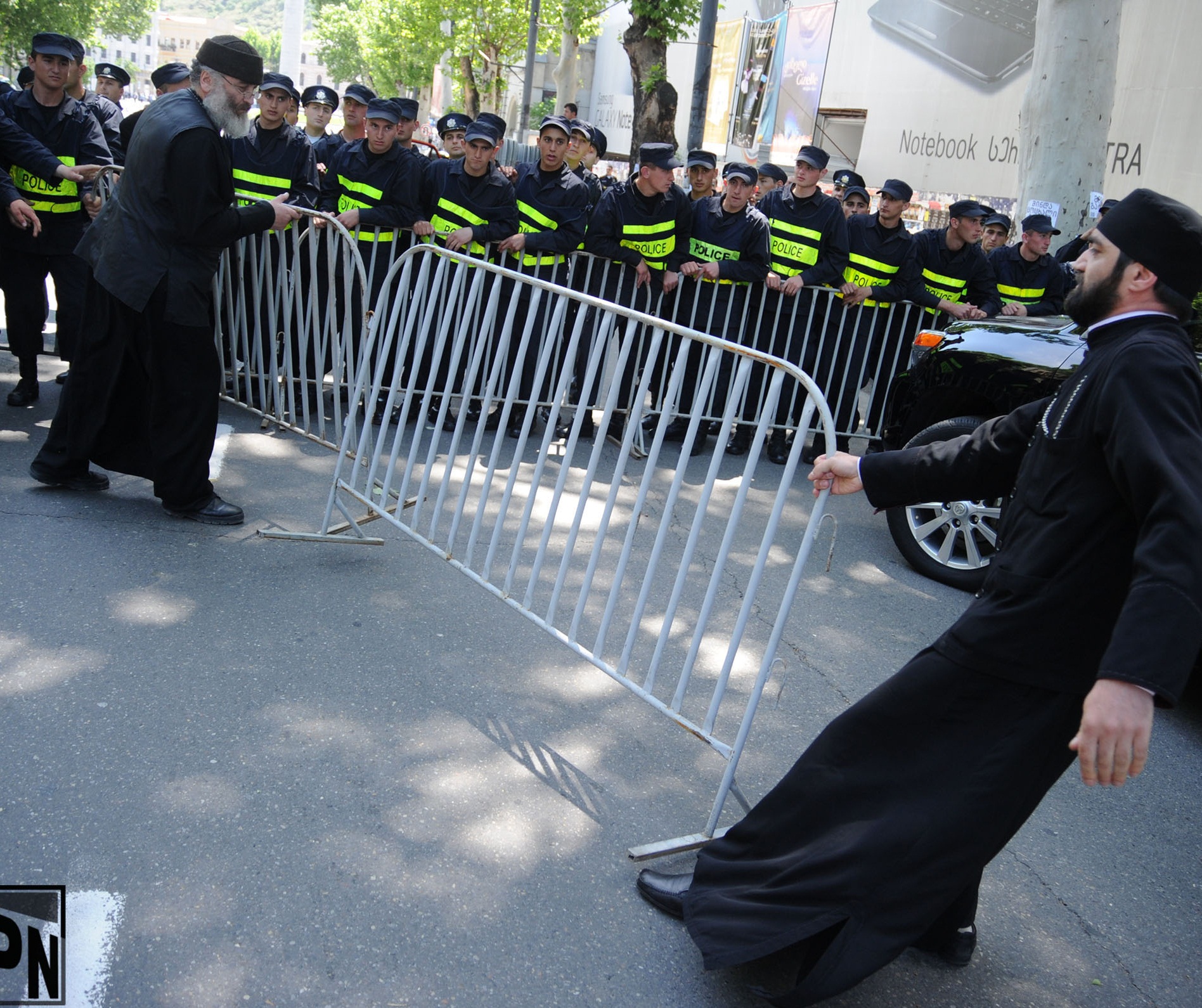 Orthodox priests removing a police block May 17, 2013, that separated their supporters from the LGBT rights group. (Interpressnews.)

TBILISI, DFWatch–The EU criticizes Georgia for not having done enough in 2013 to protect freedom of speech and prevent violent outbreaks of islamophobia and homophobia.

The new report is published by the European Commission and is part of the implementation of the European Neighborhood Policy.

Part of the report is dedicated to a street clash outside the National Library on February 8, 2013. Ex-President Mikheil Saakashvili was planning to give a state of the nation address there, but the event had to be moved to another location because of the violence between his supporters and opponents.

“Authorities failed to prevent the disruption of a speech given by the head of state,” the EU report says.

Then it moves on to the tumultuous May 17 events.

“The police failed to prevent around 30 000 violent counter-demonstrators from attacking about 50 peaceful LGBTI (lesbian, gay, bisexual, transgender and intersex) activists,” it continues.

A few tens of LGBT activists wanted to mark the international day against homophobia and announced it a few weeks beforehand. This led to a mobilization of thousands of people, led by Orthodox clerics, who physically prevented the event from taking place.

As anti-gay emotions boiled over in the following weeks, there were also backstreet attacks on people presumed to belong to a sexual minority.

The EU report criticizes Georgia for not bringing those responsible for the violence to justice.

“The failure of the prosecution and judiciary to bring the attackers to justice in a credible way raises questions about impunity.”

The report also refers to protests and rights of religious minorities. There were a number of cases when Christian communities prevented the Muslim population from praying. There was also a conflict around installing a minaret at the mosque in the village Chela, in south Georgia.

“The authorities have not done enough to prevent violent outbreaks of islamophobia and homophobia,” the report reads.