Doctors on hunger strike after being fired

Doctors on hunger strike after being fired 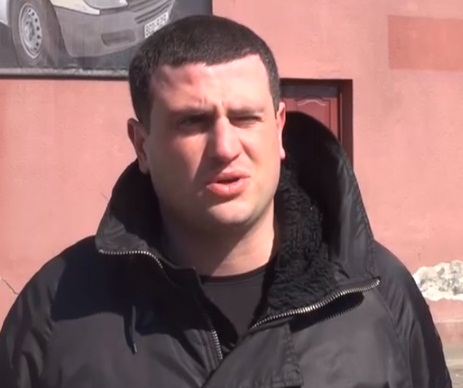 Zurab Lataria, one of the doctors on hunger strike. (Info9.)

TBILISI, DFWatch–Four emergency service doctors have been on hunger strike since March 6. They are protesting against being fired and demand to replace the local management.

The doctors claim that the director of the emergency center illegally fired them and that he conducted incorrect management of the center.

The doctors on hunger strike claim they were fired because they made critical remarks the management. The director, Kakha Chikhradze, thinks the protest is irresponsible and claims that the doctors were fired for different reasons: contract terms that ended and violation of domestic regulations.

Chikhradze suggests that they take their cases to court and he will give them their jobs back if the court orders him to.

The four doctors claim that the reason for their firing was remarks they made to Chikhradze. They also claim that their latest contracts ends in February, 2014.

Zurab Lataria, one of the fired doctors told journalists that the major problem is that emergency cars in Tbilisi aren’t correctly distributed to the appropriate hospitals where patients can receive immediate medical treatment.

He also says that they’ve received document which says they are fired, but they didn’t receive any explanation for why they were fired.

The former employees demand that the management is fired.

Katsarava said before the meeting that the management of the emergency service cannot be replaced, because the staff there was recently changed.

The minister said that there are problems in the emergency service and that the ministry already is dealing with these problems.

At the meeting, the parties decided to hold an expanded meeting and invite the doctors on hunger strike to talk to them about their problems. Another meeting is planned on Monday evening.

“We prepared six options, which we will discuss this evening,” Davit Sergeenko said. “Management was replaced in December and it is really hard to replace them once a month.”

Meanwhile, the doctors are on a hunger strike for a fifth day and do not plan to give up until their demands are met.