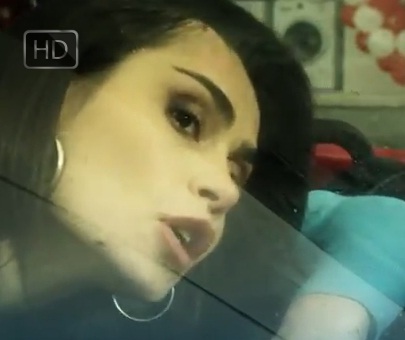 TBILISI, DFWatch — Another TV commercial in Georgia has caused controversy, as critics says it is sexist.

The ad is for Elit Electronics, a large electronics stores chain, and shows a woman sitting in the front of a car, while a man tries to squeeze all the Christmas presents into the back of the car, which at the beginning makes the viewer think the girl is having sex in the car.

While some people thought this was a joke, others have criticized the makers of the ad for sexism.

“Do you understand you have to apologize to women for this commercial,” a Facebook user writes on the official webpage of Elit Electronics. “I will never buy a product even for 100 percent discount, which is about discrimination, hatred of women.”

Others write that this was an entertaining commercial to attract attention with a slight joke.

Some criticize the woman acting in this commercial of ‘humiliation.’

Despite a number of official letters and many criticizing comments, the company has not commented on this issue, and meanwhile the commercial is still running on TV.

“We see a woman being fucked by a man, as a symbol of industry, capitalism, patriarchal family and all these together, and a woman who is satisfied by this, as she gets a discount,” the well-known Georgian film critic Teo Khatiashvili said,quoted by the online newspaper Netgazeti.ge. This comment was reposted all over social networks in Georgia.

Elit Electronics wasn’t the only company pushing the limits with a risqué commercial this New Year. Bank of Georgia, which usually films popular funny commercials and clips about a Santa Claus dressed in orange and his assistant dressed in blue this year continued the controversial tradition and also presented a printed ad with the two characters.

Santa Claus is holding his assistance by the hair taking her out of a box as a present.

In March 2012, insurance company GPI was heavily criticized for an Easter commercial which was seen as discriminatory commercial.

They showed shots of women driving, but focusing on their make-up instead of the driving, which explains reasons for accidents. The company later apologized for the ad.