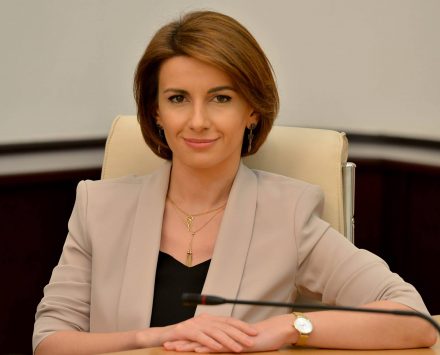 Tamar Chugoshvili is Parliament’s First Deputy Chairperson. In 2010-2012 she was the Chairperson Georgia’s of Young Lawyers’ Association.

In total, 33 amendments have been made to the Constitution of Georgia, adopted in 1995, however, only two rounds of these amendments have been of fundamental importance – amendments of February 2004, where, together with the enhancement of Presidential governance, the institute of Prime-Minister was introduced; and amendments of October 2010, when the choice was made in favor of the Parliamentary Republic, significantly reducing President’s powers at the expenses of extension of the Prime-Minister’s rights.

At the end of the 2016, the newly elected Parliament started working on the Constitutional Reform, aiming to improve and strengthen Parliamentary system of the country, existence of strong Parliament, effective government and independent court.

The reform was initiated due to numerous gaps of the current Constitution, in particular:

–       The existing Constitution includes number of controversies from the viewpoint of the clear distribution of power among Constitutional bodies, which has repeatedly caused complications in practice.

–       Formation of Constitutional system, complying with the principle of long-term democratic development of the country.

In the draft version developed by the Commission, major part of the amendments are based on opinions of NGOs and experts. During the final voting, the Commission supported the draft of Revision of the Constitution with 43 votes against 8.

Governance system, established according to the new wording of the Constitution, is based on the following principles:

Existence of the Strong Parliament is being ensured by the following key amendments:

–       Transition from the mixed system to proportional election system will ensure strengthening the role of the political parties in Parliamentary life, which will be positively reflected on the general role of the Parliament in the system of Constitutional bodies. The existing mixed system, with high probability, gives the winner party the possibility to obtain Constitutional majority, which was abused by the two previous authorities in the recent history of Georgia. This is the first time in the history of independent Georgia, when change of electoral system, contradicting to subjective interests of ruling party is being introduced. Proportional electoral system will be introduced with three reservations:

Effective Government is being ensured by the following key amendments:

Independent court is being ensured by the following key amendments:

Non-partisan President is being ensured by the following key amendments:

In addition, the Constitution establishes number of new progressive provisions:

Despite the fact that it is hard to achieve full consensus in such difficult course and considering that working on Constitutional amendments was a complex and loud process, all agree on the most important part – these amendments represent significant step forward, which is the product of the open and transparent process. It is proven by the last voting of the Constitutional Commission, where none of the members of the Commission voted for leaving the existing Constitution unchanged.

Debates, discussions, expert assessments, perhaps, certain changes, related to these amendments still await us in the coming months. Time will show the most important thing proved by these amendments – we have turned our country into more European-type state and made a step forward in the right direction on the path to Constitutional evolution.