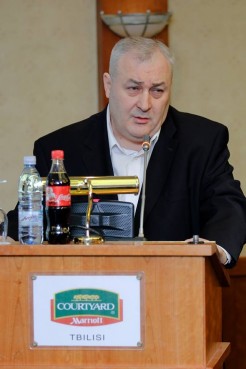 Rustavi 2, the largest TV channel in Georgia by audience, took down Patriots’ electoral ad on September 24. According to the statement by Rustavi 2 director, the ad was clearly anti-Turkish and violated rights of Turkish nationals residing in Georgia.

Georgia’s Electoral Code ensures free advertisement to the major political forces in the country, including Alliance of Patriots, and all broadcasters are obliged to offer free time to their electoral ads.

Patriots applied to CEC against Rustavi 2 in order to restore their ad and demanded punishment of the channel.

Davit Tarkhan-Mouravi, Patriots’ leader, states in the 2.5 minutes-long controversial video that ‘(Mikheil) Saakashvili prepares to hand Batumi over to Turks.’

The party rejects accusations of violating the law.

Alliance of Patriots has often been criticized for homophobic and xenophobic statements by many NGOs and activist groups.

Many commentators believe the party has a formidable chance to pass 5 percent barrier to qualify for entering parliament.