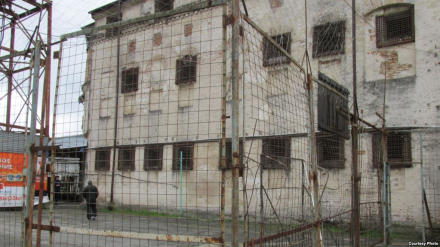 An unidentified prison in Abkhazia. (Ekhokavkaza.)

TBILISI, DFWatch–Breakaway authorities in Abkhazia plan to lift its moratorium on capital punishment in 2020 as tougher sentences are brought in against drug crime.

The de facto parliament of breakaway Abkhazia has adopted a new law which imposes tougher punishments for selling large quantities of drugs, including life sentence and even death penalty.

The law also provides for other draconian measures against drug-related crimes, including abolishing the right to pardon and the rule of early release, as well as barring the person’s from  occupying public offices within three years of release.

Under the new law, driving a car while high also qualifies as a criminal offense. The sentence for this will be a fine of 600,000 rubles (USD 9,200) and being stripped of the right to occupy a public office for one year.

The moratorium on the death penalty in Abkhazia was introduced in 2007.