Azerbaijan and Georgia to cooperate about territories

Azerbaijan and Georgia to cooperate about territories 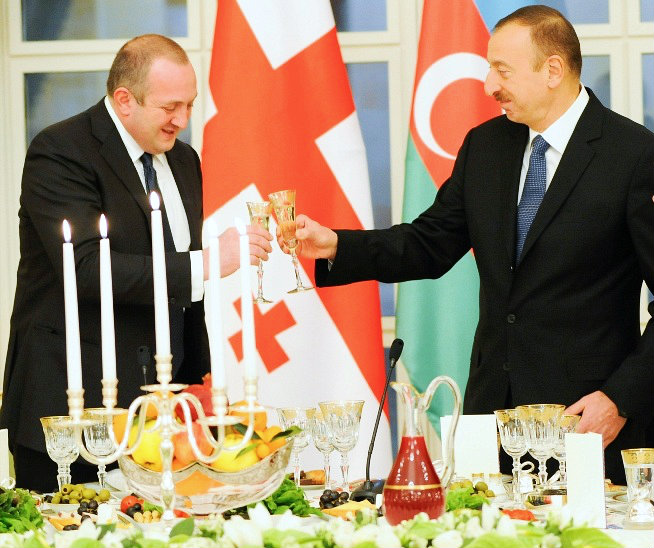 Both countries have lost control over parts of their territory to small de facto governments with little or no international recognition.

President Giorgi Margvelashvili met Aliyev on Wednesday during a visit to Azerbaijan. According to Aliyev, they discussed economic cooperation. He said there is great potential in expanding economic and trade relations between the two states, and opportunities in bilateral investments. Aliyev said Azerbaijan is studying Georgia’s investment potential in detail.

Ilham Aliyev said at a joint press conference with Margvelashvili that the transport sector is also important, as well as humanitarian issues and connections between the peoples.

The Georgian president continues his trip to Azerbaijan on Thursday with a visit to regions with ethnic Georgian population.