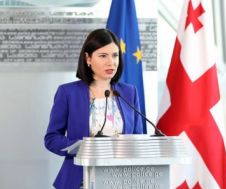 TBILISI, DFWatch–Authorities in Georgia are tightening security after the terrorist attacks in Paris.

A spokesperson for the State Security Service said on Saturday that there are stricter security measures in force at border crossings and airports.

The Ministry of Foreign Affairs warned Georgian citizens who are currently visiting France to avoid panic, but remain at home or in hotels. The ministry called on Georgians to follow the temporary regulations introduced by the French government.

A few people have called the hotline already, asking whether they would be able to cross the border. There are no reports of Georgian citizens being injured or killed in the attacks.