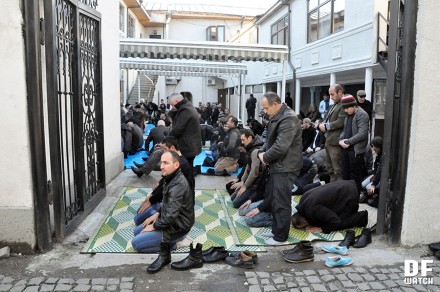 BATUMI, DFWatch–The local government in Batumi, Georgia, is buying two buildings for local Muslims, to try to solve the decades-long problem with an overcrowded mosque.

There is only one mosque in Batumi, and it is unable to accommodate all the Muslims who come there to pray. Many therefore have to pray outside in the street every Friday.

Muslims in Batumi have been asking to solve this issue for about three decades. They wanted permission to build a second mosque in the city, but every government until now has failed to let them do this.

Recently, the local government suggested expanding Orta Jame Mosque, claiming that it would solve this issue. This is now what is going to happen.

Apart from the conflict in Batumi there was another conflict in Kobuleti related to a boarding school for kids, when the local population didn’t like the idea of having Muslim educational facility in their neighborhood 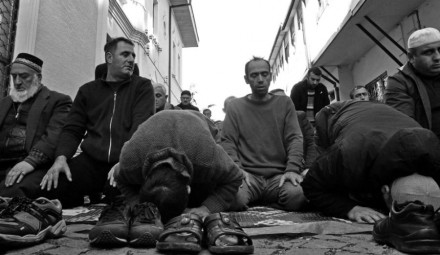 The State Agency on Religious Affairs believes this will solve the issue of the Batumi mosque and the worshipers will fit inside the mosque after the residence has been moved to a different location. The Muslim Department will probably move out of Orta Jame by the end of the month.

Beglar Kamashidze, Mufti of Georgia, told DF Watch that there is a working process to solve the issue of Muslims in Batumi.

“If it still won’t be enough, the state supports us and we will find other ways,” he says adding that this issue should have been solved earlier and if there still is need for a new mosque, it will be constructed.

So far, no-one knows if this new arrangement will free enough space to fit all the people who want to pray, but Muslims in Batumi are waiting to see the real results.