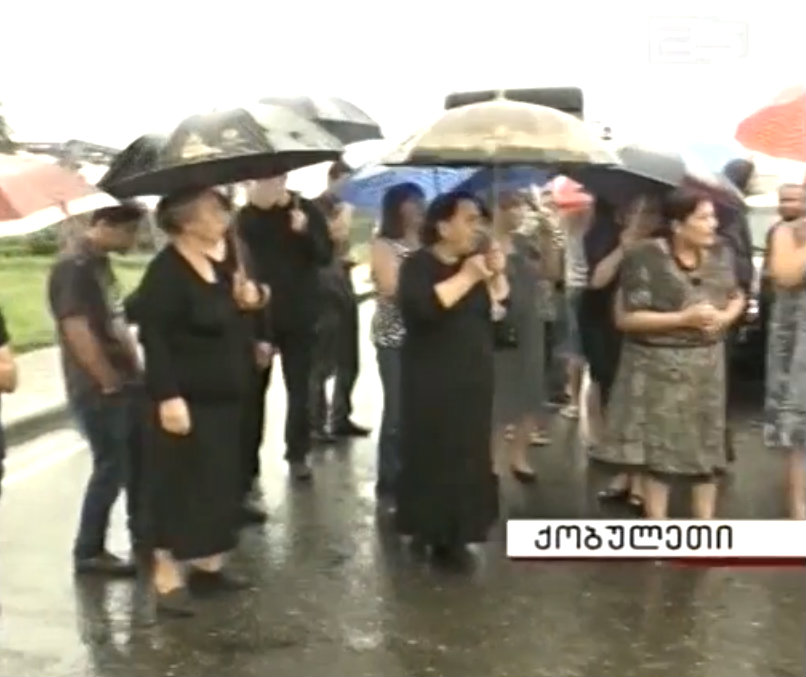 Locals in Kobuleti demonstrated against a planned madrasa on Monday. (TV-25.)

TBILISI, DFWatch–Locals in the small Georgian town Kobuleti on the Black Sea coast are protesting against the construction of a madrasa, a religious educational facility for Muslims.

As a sign of protest people killed a pig and placed its head at the entrance of the facility. 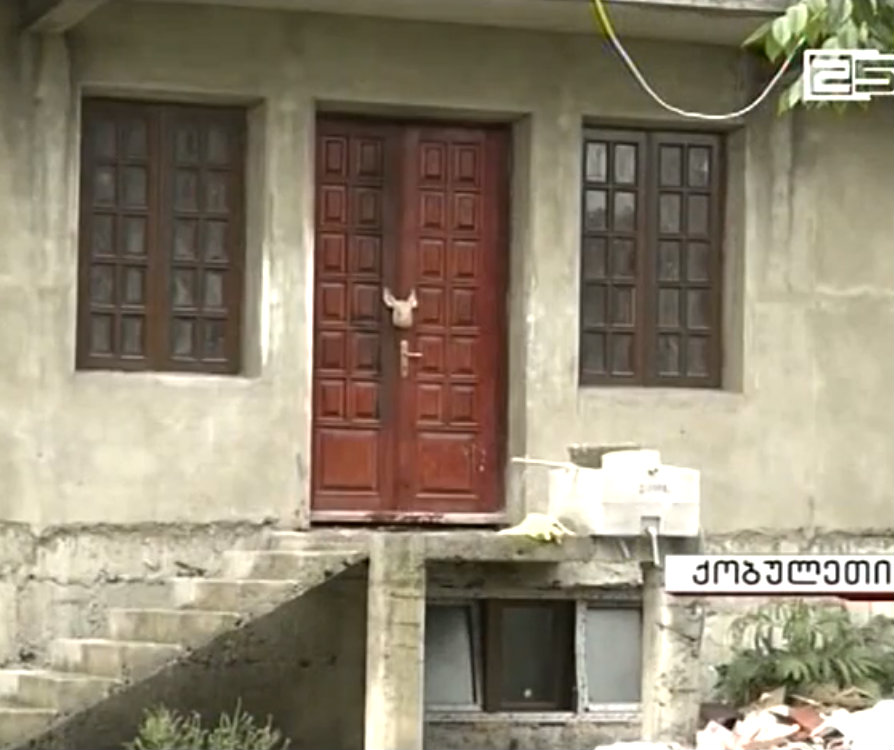 Some demonstrators placed the head of a pig on the door of the building. (TV-25.)

Local media in the Adjara region, which Kobuleti belongs to, reported that a group of people turned up at the construction site Monday with a pig. They killed the pig in front of the building and hung its head on the doors of the madrasa on Lermontov Street.

Demonstrators say they won’t allow the construction such a religious facility in their neighborhood and don’t exclude that this may lead to religious conflict. Some of them say that the owner of the facility is from Turkey and that he didn’t secure agreement from locals to go ahead with the construction.

“If they achieve their goal we’ll collect the money and purchase lots of swine and send them here,” Zhuzhuna Kaladze, one of the protesters told TV 25.

Nana Kurshubadze says that it isn’t possible to ‘speak normally’ with them.

“Our families have been living here for hundreds of years and they came here yesterday and are now establishing an educational facility here to teach Islam to children. We don’t want that.”

Sulkhan Evgenidze, head of Kobuleti Municipality head, told journalists that at first when the owner asked for building permission, they informed that the Georgian population would be living there and people were against. Later, he said, it turned out that a religious facility was constructed there and people didn’t like it.

Shamil Kakaladze, head of the Relations of Georgian Muslims organization, told journalists that a boarding school for Muslims is to open on September 13 and people came there and insulted Muslims.

They appeal to law enforcement bodies and ask for the case to be investigated.

“Police is informed about this incident. I hope they will investigate, because we haven’t done anything illegal.”

He said that there has been insulting actions from locals several times, but what happened on Wednesday went beyond all boundaries.

“People came shouting that they won’t let us open an educational facility. This was coordinated action meant to insult Muslims.”

Kakaladze doesn’t know who exactly slaughtered the pig and want an investigation to establish what happened.

An Interior Ministry spokesperson told DF Watch that the investigation hasn’t started yet, because the ministry hasn’t received a note about it. But as soon as the ministry is notified, the incident will be looked into.

A large part of the population in Adjara are Muslims. There have been many incidents between Muslims and Orthodox Christians, but it has never turned into any kind of serious large-scale conflict.