42 people died in the workplace in Georgia last year

42 people died in the workplace in Georgia last year 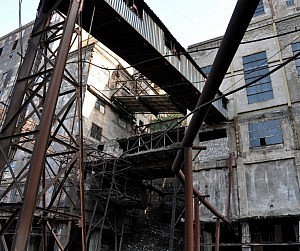 Many workplace accidents have happened in the mining town Chiatura in western Georgia. (DF Watch.)

TBILISI, DFWatch–42 people died at work in 2015, while 82 people were injured, the public defender informed on May 1, the International Worker’s Day.

According to his statement, in 108 cases, a criminal investigation was launched, but it was halted in 42 of the cases. 16 cases came reached criminal prosecution, and only 10 cases came as far as to trial.

The Public Defender underlined that it is crucial to have a proper labor inspection in the country. The previous government did away with the system of labor inspection in 2006, ostensively due to corruption. No new agency or body was created to monitor health and safety conditions in the workplace.

The new government began to pay more attention to this issue after Georgia signed an association agreement with the European Union in 2014. Although Georgia has no labor inspection as such, there is a department at the Health Ministry which covers some of the same tasks, however it can only carry out monitoring of factories if the company invites the inspectors, and if violations are found, the Health Ministry may only give recommendations, not issue fines or impose sanctions.

“Despite a number of tragic incidents which in most cases were caused by a violation of safety rules, the government has an inert approach to this issue, which makes it clear that the government is still not sufficiently aware of the vital importance of labor safety,” the ombudsman writes.

Another problem is that the legislation still gives employers the right to fire employees without explanation.

“The Labor Code of Georgia does not provide for the full list of grounds for dismissal of employees that leaves a wide field of assessment for the employer, while it is not predictable and clear for the employee what may become the basis for the termination of labor relations,” the statement reads.

The ombudsman calls on the government and parliament to take effective measures to protect the labor rights of every citizen.