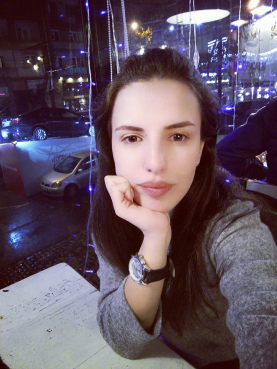 The mysterious disappearance and death of a 23 year old programmer cause mass agitation in Georgia. The police clearly indicate that cause of death was a suicide, which is flatly rejected by the family.

Many in Georgia point at the tragedy as an example of the low efficiency of police, which failed to find a body during four days.

The dead body of Tamar Bachaliashvili was found in her own car nearby village Matsevani, Tetritskaro Municipality, about 40 km west from her home in Ponichala, Tbilisi’s eastern suburb. The car was parked hundred meters away from the main road. It was reportedly found by a local shepherd.

No evidence of violence was found on the body, a representative of the Ministry of Internal Affairs said Thursday. She visited a psychologist who was questioned by the investigation, he said.

On July 17, the day when the young girl disappeared, she purchased “specific drugs” in the pharmacy, the MIA representative said at the briefing clearly hinting at the suicide as a possible cause of death.

Meanwhile, the parents and relatives of the girl flatly refuse this version claiming that she had no motive to commit suicide.

Initially, some media outlets raised a question of her job as a motive of a possible crime but the company employing  Tamar Bachaliashvili rejected the notion claiming that it works exclusively on outsource for customers oversees.

Additionally, the company states that just before her disappearance on July 18, Tamar quitted her job.