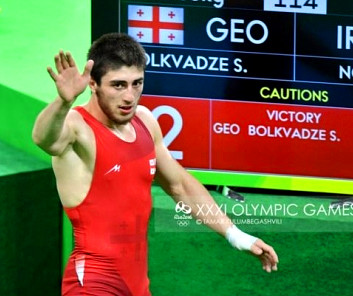 Georgia now has two bronze and one silver medal. The two other medals were won in Judo.

The 22-year-old athlete defeated his Finnish, British, Iranian competitors, but in the semi-final lost to Serbia’s Davor Štefanek, who later won gold.

Bolkvadze’s bronze was Georgia’s only medal in Men’s Greco-Roman wrestling. Many people had predicted that Georgia would succeed in this sport. Judo and weightlifting are also traditionally strong sports for Georgia.

Lasha Shavdatuashvili was the first Georgian athlete to win a medal in Rio. He was also the first athlete who won two medals in a row during the Olympics.