Women in Georgia do thirteen times more housework than men

Women in Georgia do thirteen times more housework than men 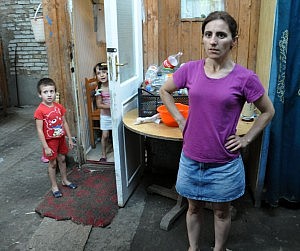 TBILISI, DFWatch–According to global data from the UN, women spend at least twice as much time as men doing unpaid domestic work. All across the world, women on average work more, but earn less than men, as their domestic chores are not paid for.

In 2008, Eka Sepashvili, an economist from Tbilisi State University, interviewed 150 Georgians (85 women and 65 men) to see how they allocate their time to different activities. 48 of them were from villages and 102 from urban areas.

The results showed that women do 13 times more unpaid work at home than men. Her rough estimates point out that women on average allocate a bit more than 18 hours per week for domestic work, and men on average spend 1 hour and 20 minutes doing domestic chores.

According to Sepashvili, this double burden is one of the reasons why there is gender discrimination in the labor market. She explained to DFWatch that this extra workload creates obstacles for women’s education and professional career achievements.

First of all, according to her, employers tend to choose male employees, as they are perceived as having less obligations apart from their paid work.

Secondly, existing social infrastructure does not assist women as much as it should: “Kindergartens are designed to help people who have children. Recently in Georgia they became free of charge, and this is good news. But they close at 6 or even at 5 pm, and most people finish their work at 6 pm. How are parents supposed to pick up their children?”

Parents also don’t have much options to leave their children in schools after classes, as there is a lack of proper facilities. This means that parents (most likely mothers) have to take them home in the afternoon and take care of them there.

Thus women tend to achieve less in their career than men, and earn less, even in such ‘feminine’ sectors as education.

“No one will ever openly say that women are not suitable for some position, or that they have less opportunities in career. But there is a glass ceiling obstructing women’s career. Of course, there are women who occupy leading positions, but it is not a rule, rather an exception,” the economist explains.

A need for affirmative action

One of the ways of helping women in the labor market, as Sepashvili sees it, is affirmative action policies: “If we want equal opportunities for both genders, women need to have an advantage.”

In addition, she questions salaries in different labor sectors: “Salaries in schools, kindergartens are very low. Does this mean that the work of teachers is less important?”

She stressed that teachers are raising a new generation of labor force for the country, hence their work should be valued more.

Also, she thinks that higher salaries in ‘feminine’ sectors would encourage more men to work there as well, and this would also contribute to gender equality.

The current government has already taken a step toward improving women’s position in the labor market by adopting several amendments to Georgia’s Labor Code in 2013. Anti-discrimination and anti-harassment provisions were added, paid maternity and paternity leaves became longer and it became illegal to fire a pregnant woman.