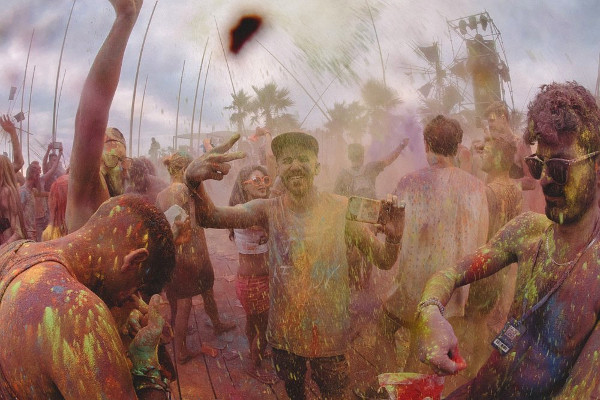 TBILISI, DFWatch–Police in Georgia have brought in stricter anti-drug measures at a youth festival after a 22 year old woman tragically died.

The female bank employee became ill Friday after allegedly ingesting the drug ‘bio’. She was rushed to hospital but died 8 hours later.

Several other revelers at Georgian Electronic Music Festival, or GEM Fest, in western Georgia were rushed to hospital with breathing problems possibly after using the same drug.

In all, 15 people have been hospitalized during the last two days at GEM Fest, according to Interpressnews. Most of them are out of the hospital.

Festival organizers and police pledged to tighten control of drug use at the festival compound.

Three young men were arrested on Saturday for possession of the recreational drug MDMA, commonly known as ‘ecstasy’. The same day a member of the youth group White Noise Movement (WNM) was placed in pretrial detention by a court in Zugdidi. WNM activists want to liberalize Georgia’s strict anti-drug laws.

Five people have been detained so far at GEM Fest.

GEM Fest organizers made efforts to show that they are in control of the problem. In a statement on the festival’s Facebook page the organizers condemned drug use and warned ‘Beware of Bio, it kills!’

‘Bio’ is a psychoactive drug that is rife in Georgia.