WHO: Georgia at high risk of Zika virus outbreak

WHO: Georgia at high risk of Zika virus outbreak 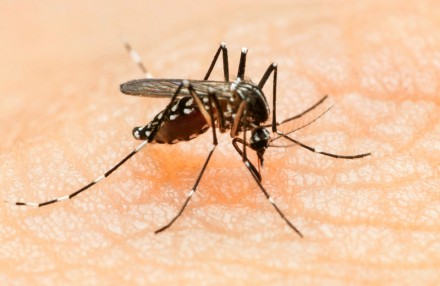 The carrier mosquito, Aedes, is present in Georgia, but the disease is not, NCDC representative was quoted as saying.

Tbilisi, DFWatch – Georgia’s Black Sea coast is among the European regions which are at the highest risk of a Zika virus outbreak during late spring and summer, a statement made by the World Health Organisation (WHO) reads.

Zika virus is spread by mosquitos of Aedes genus, whose representative Aedes aegypti can be found in western Georgia. They can be easily identified by distinctive black and white markings on their body and legs.

The virus causes an infection called Zika fever. Although it often causes no or only mild symptoms, such as fever, joint pain, and rash, and usually lasts less than seven days, it has been linked to microcephaly in babies who were exposed to the virus during pregnancy and to Guillain–Barré syndrome in adults. The virus can also be transmitted sexually and by blood transfusions.

Zika fever can’t be prevented by medications or vaccines. In February, the WHO declared a global health emergency over the Zika virus.

The WHO recommends the countries at risk to strengthen vector-control activities to prevent the introduction and spread of mosquitoes, to equip health professionals to detect local transmission of Zika virus early and to report the first case of local transmission, to ensure that the skills and capacity to test for Zika virus or protocols to ship blood samples abroad are in place, to encourage communities to reduce mosquito breeding sites, and to enable people at risk, especially pregnant women, to protect themselves from infection, including through sexual transmission.

In a comment for Liberali, Khatuna Zakhashvili, the head of the Department of Communicable Diseases at the National Center for Disease Control and Public Health (NCDC), said that the risk of spreading Zika virus in Georgia was minimal.

‘Georgia is at a minimal risk of spreading of Zika virus. The carrier mosquito is present in Georgia, but the disease is not. We can talk about an increased risk in the case when we’ll have a person infected by the virus. We receive information from all neighbouring countries. There still hasn’t been a registered case of a Zika infection in any country of the South Caucasus’, Ms Zaskashvili said.