What you need to know about Georgia’s local election

What you need to know about Georgia’s local election 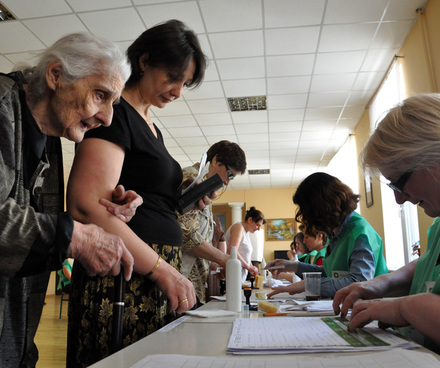 TBILISI, DFWatch–Sunday’s election in Georgia marks a significant expansion of local democracy in the country.

Voters are electing twelve new mayors, 59 gamgebelis, or heads of municipalities, and about 2,500 members of 71 local councils.

16,190 registered candidates are vying for different positions in local government, to be elected for a term of three years and four months.

More than 16,000 local and 560 international observers are following today’s election and it will be covered by more than 1,500 journalists.

There are 3,429,748 voters registered for the local election.

The hardest battle will be between candidates for Tbilisi mayor, of which there are 14. There are 918,667 registered voters in the capital.

The top contenders are Davit Narmania, a former minister of infrastructure from Georgian Dream, Nika Melia, from the National Movement, and conservative politician Dimitry Lortkipanidze, a supporter of Nino Burjanadze – United Opposition.

Burjanadze is a former parliament speaker and one of the leaders of the Rose Revolution in 2003 who broke with Saakashvili after several years and has become one of his fiercest critics.

According to a poll published last month by the American National Democratic Institute, 60 percent were planning to vote.

48 percent of those who would vote, would give their vote to the Georgian Dream coalition, 12 percent would vote for United National Movement, and four percent for Burjanadze’s coalition.

19 percent answered they don’t know, 8 percent refused to answer, and 3 percent said they won’t vote for any of the candidates.

The previous local election was held on May 30, 2010, and was overwhelmingly won almost every place by UNM, then the ruling party.