What can we expect from Westerwelle’s visit?

What can we expect from Westerwelle’s visit? 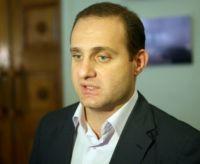 We have bad experience with a German Foreign Minister’s visits to Georgia. Former Foreign Minister Frank-Walter Steinmeier visited Georgia several weeks before the August war in 2008. He brought along a map with several points for how to solve the Abkhazian conflict. But instead of solving the conflict, Russian tanks started moving on these ‘roads’ very soon, writes Levan Vepkhvadze, Vice Speaker of Parliament, representing the Christian Democrats.

Let humor be humor, but I don’t just remember his visit. The German foreign minister of those times visited us after NATO’s Bucharest summit. This is the summit, where by demand of the governments of several country we were refused a NATO Membership Action Plan for how to be integrated in the alliance, a so-called MAP. Germany was that positive exception, which tried to compensate the Bucharest refusal with a specific plan to resolve the conflict. But this attempt ended unsuccessfully: Russia understood the Bucharest message in its way and created the possibility of military intervention by permanently provoking in the conflict zone.

As we see, Westerwelle will visit South Caucasus before the Chicago summit. Many things depend on this summit. Maybe I exaggerate, but I think Georgia should care more about its existential problem rather than NATO integration or non-integration.

By autumn, Russia will have a good background for interfering in Georgia’s internal policies, including military intervention. Specifically, there are the international aspects: economic crisis in Europe, U.S. elections, possible confrontation with Iran. Then there are the internal Russian aspects: finished presidential elections, formed government, deflect attention from domestic problems; then the internal Georgian:  parliamentary elections scheduled for fall. So only NATO integration is not dependent on what will be there in the final document of the summit, but the question of whether Georgia will retain its independence, or Putin will restore the Russian empire. In case of a conquest of Georgia, Moscow will have an open door to almost all the capitals of former Soviet republics.

As for the NATO policy, it’s understandable that NATO member countries have their own policy towards third states, except for the collective interest. Clearly, this policy is based on pragmatic interests and is directed at increasing the welfare of one’s own country’s people. In this regard, we should take into account that more than 6 500 German companies are active in Russia and tens of thousands of families are dependent on the successful activities of these companies. On the grounds of the economic crisis, the economy suppresses all other interests. So Germany will always avoid a confrontation with Russia and still won’t support granting a Membership Action Plan to Georgia. It’s interesting what Westerwelle will bring and propose to Georgia as compensation for MAP this time. Probably we should have several demands, or, more correctly, requests: underlining Georgia becoming even closer to NATO in the summit’s final document, and if MAP isn’t proposed, then announcing a MAP mechanism as non-obligatory for NATO integration. But this will be the case when Georgia will have to listen to the German opinions and proposals and make a right analysis before presenting this proposal.

A new European policy about Abkhazian involvement may got into this proposal, the author of which is Germany. Naturally, the Georgian government looks ‘slightly’ confused due to the lack of information. The direct contact with the Abkhazian de facto government may be positive or contain dangers too. Solving economic problems and infrastructure development with Europe’s help will make current Abkhazia less dependent on Russia. Little by little, there is a growing dissatisfaction in Abkhaz society towards Russia, but it’s not positively reflected on us in terms of lower distrust to Georgian society. Here the EU can really take the function of Russia’s alternative; however Abkhazia shouldn’t receive it as a green light for recognition.

Neither the EU nor the authors of this idea should have major illusions about the Abkhazian government’s skills to independently make a decision while at the moment there are several thousand Russian military personnel in Abkhazia. Contacts with Abkhazian society are necessary, but politically it is important by which passports Abkhazians will get into Europe; Russian or Georgian-proposed so-called neutral passports. But before, Germany should recognize the neutral passports, and this issue will be an important topic for Georgian-German negotiations.

Westerwelle meets the opposition too. It just happens so that our party leader is in Strasbourg visiting the European Parliament and he won’t be attending this meeting.

It’s interesting that federal minister visits Armenia and Azerbaijan. I cannot tell whether he meets the local opposition parties or not, but ‘good’ contrast is created for the Georgian government then. Very often some opposition representative promotes this – speaking about bad government on such kind of meetings, about the democracy problems and don’t say anything about security challenges country is facing, this way they create irresponsible image of the politician, which is never perceived as alternative of the current government.

Once the ambassador of one EU and NATO member country asked me: why do you want us to support Georgia’s NATO integration, this will be Saakashvili’s achievement and you will strengthen your opponent this way. It’s not a simple question, maybe diplomatic. What choice do we have: yelling what Georgia wants in NATO taking vengeance on Saakashvili and leave the country face to face with Russia in the direction of foreign policy; or make the democratic process irreversible in the country by future NATO integration and improve the country’s security, at least a little bit?

Integration with NATO and with the world’s democracies will defend us from Saakashvili’s “Gaddafiazation”. Saakashvili has ambitions to appear as a “Caucasus Havel”. Let’s give him this opportunity, but Saakashvili himself should understand that the democratic leaders do not act like Putin acted in Russia. He should overcome himself first; defeat the Gaddafi and Putin deep inside himself. We cannot become NATO members if at least once we won’t change the government through elections peacefully. This is the country’s national interest. Let’s see how the Caucasus policy will be in accordance with German national interests.