We and the conflict regions population

We and the conflict regions population 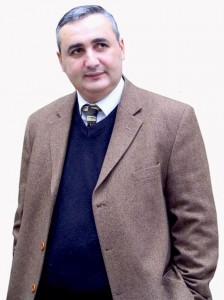 First tour of the presidential elections was held in the former South Ossetia on November 13. Kremlin candidate Bibilov, who was openly supported by the Russian Presidential administration and Prime Minister Putin, not only failed to gain a convincing victory, but gathered only 25% of the votes. Not even a speech of Konstantin Kasachov, chairman of the Russian Duma’s International Committee helped him, which took place during his special meeting in Tskhinvali to show support; neither did the appeal to the Ossetian people by Vladimir Putin, chairman of the United Russia party and Prime Minister. In their speeches they both unequivocally supported Bibilov’s candidacy. Despite this unprecedented interference, Bibilov wasn’t able to show the desired results to the Moscow Protégés in the presidential elections of a ‘sovereign state’.

The Russian pro-government political technology and the  exit poll system in Tskhinvali also failed. They had been busy bolstering Emergency Situation Minister and they had been predicting a decisive victory and 70% of votes to Bibilov before election day. As expected, Bibilov received the highest percentage of votes in the Akhalgori (Leningori in ‘Ossetian’) region, mostly populated by Georgians. Russian experts themselves consider the results a failure for the Kremlin.

One may say there is no point placing any importance on this and that it doesn’t matter to Georgians who will win, Bibilov or his opponent, former minister Ala Joieva; because in the both cases, they will equally be Kremlin marionettes, so we shouldn’t really bother ourselves analyzing this. But maybe it still is worth thinking through?

In 2011, Ossetians strictly refused Moscow’s attempt to decide in Kremlin’s offices who would govern their ‘Republics’; as the Abkhaz did in 2004. And this happens while those two regions are absolutely dependent on Russia in terms of both their political, financial-economic and military existence. In 2011, Russia has proven that they didn’t learn the lesson from the Abkhazian elections in 2004 and are still arrogantly approached this issue. “It will happen the way we decide”; “He we support will be chosen” – this was the approach of Moscow authorities, which not only politically harassed these regions’ populations, but supported their favorite candidates with ‘black money’. Despite a loyal attitude towards Russia, most Abkhazians and Ossetians refused to adhere to the imposed rules of the game.

What can this mean to us? Of course, it’s an illusion to think that either civil society or any politician in those two regions is ready to start up the dialog with us on the issue of these regions’ integration in Georgia. But maybe the time has come to free ourselves of the stereotypes, set up by different Georgian governments in civil society for years? Unfortunately, our society’s attitude towards Abkhazians and Ossetians is very much like the Russian polity elite’s attitude towards Georgians and Georgia. We Georgians perceive Abkhazians and Ossetians as the silent and obedient subjects of Russian imperialist, just as Russians perceive Georgians as the USA’s and West’s marionettes. While Medvedev and Putin don’t even dare contact our government to solve problems and solve them in a dialog with the USA and European countries, we pretend that the problems in Georgian-Abkhazian and Georgia-Ossetia relations don’t really exist, and we speak only about dealing with Russia to solve these issues. Like there is no point in speaking with Abkhazians and Ossetians, because no one asks them anything.

Of course, it the support of Washington and Brussels is very important for Georgia to solve problems existing on our territory, it’s not hard to guess, how important Russia’s position is to solve conflicts in the Caucasus. Today, no one probably argues about it in Georgia any more. But it is becoming necessary for Georgians, to realize that while addressing the other side in the conflict, we are not only dealing with a population just carrying out Russian imperialistic intentions. We are in conflict with our co-citizens, which have their own opinion, self-esteem and desire to keep their identity, just like us. Only after sharing this truth will we have a chance of a real, business and results-oriented dialogue. Only in this case will it be possible for Abkhazians and Ossetians to see in Georgia and Georgians not a threat, but the ability of solving their national problems. Only such an approach will let all of Georgia’s friends extend their support from routine statements and declarations to a more active political support, which for sure will take us to the start of a political process towards conflict resolution.

To some, such a discussion will appear to be an illusion. But as time passes, I’m more and more convinced that this path is the only alternative. The conflict zones are almost like ghettos for the local population in terms of closed borders from our side, and they are becoming more and more annexed in the claws of the “Russian bear”, while fearing the Georgian government. As time passess the international community will be less and less ready to urge Abkhazs and Ossetians to return to the Georgian state. The choice is on Georgian civil society and time doesn’t work to our advantage.