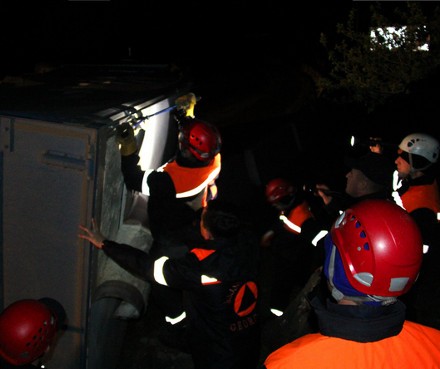 TBILISI, DFWatch–A village was evacuated in Imereti in western Georgia Monday night, after a leak of liquid oxygen from an overturned truck.

The truck overturned in a sharp bend, according to the Interior Ministry.

It was carrying a large amount of liquid oxygen.

Fire fighters and employees of chemical, radiation and biological incident department spent several hours decontaminating the truck and the tank in order to avoid an explosion.

The road through Rikoti Pass, which connects the eastern and western parts of the country, was blocked for a few hours.

No-one was injured in the accident.