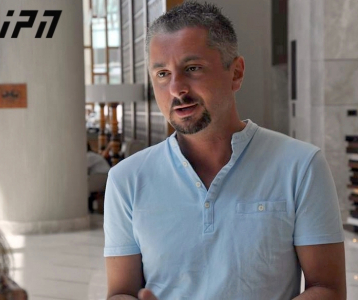 “This will be a full-scale legal war,” Rustavi 2 director Nika Gvaramia warned. (Interpressnews.)

The seizure came as result of a court plea submitted by Kibar Khalvashi, a Georgian businessman and former owner of Rustavi 2.

Lawyers working for Khalvashi claimed at a press conference on Wednesday that under pressure from the former government, including then President Mikheil Saakashvili, the TV company was illegally, and under ‘unprecedented’ pressure, taken away from the businessman in December 2006, followed by destructing of all of his businesses in the country. This forced Mr Khalvashi and his family into exile in Germany, where he eventually was granted political asylum, the lawyers said.

The Rustavi 2’s management believe that there are political motives behind the recent activities by Khalvashi. They stated that the current owners of Rustavi 2 acquired the TV company by legal means, and that Khalvashi’s plea therefore has no legal merit.

Nika Gvaramia, the director of Rustavi 2, said he vows to fight to the end and will apply all legal means in order to defend the biggest independent TV channel in the country.

“This will be a full-scale legal war, but not just legal. We have other methods that will be used, because this litigation is not only within a legal framework… As not only Kibar Khalvashi is our opponent, but rather the authorities,” Gvaramia said, hinting that the government is backing the businessman from behind the curtains in order to mute its most vocal critic.

On Thursday, Prime Minister Irakli Garibashvili flatly dismissed these allegations, stating that the litigation against Rustavi 2 is a private case which the government has no involvement in.

Before Khalvashi took over Rustavi 2, the TV company was co-owned and run by Erasti (Erosi) Kitsmarishvili, who was found dead in July, 2014. The investigation of the death is still underway and suicide has been presumed as a cause. However, the Kitsmarishvili family challenges this version suspecting murder. The two other co-owners were Jarji Akimidze and Davit Dvali. The latter two are also fighting to get back their shares, which amount to about two thirds of the TV company, and have been taking legal action.

Rustavi 2 played an important role in the Rose Revolution in 2003, which brought President Mikheil Saakashvili to power, but later became controlled by his government. Despite having put out unreliable and politically slanted reports it remains popular.

Today, it is often accused by members of the current government of being a mouthpiece of the United National Movement, the party led by Mikheil Saakashvili which was voted out power in 2012 and is now the biggest opposition party in Georgia.