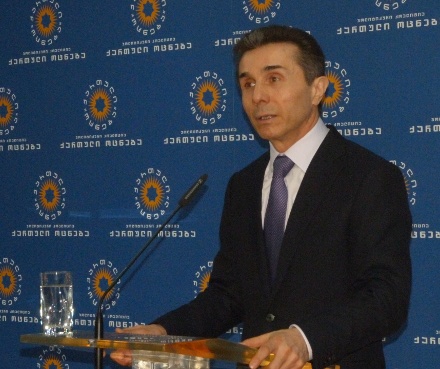 Bidzina Ivanishvili will be the real leader of Georgian Dream, says one of his associates, but it's not decided who will formally front the party, as he lacks Georgian citizenship himself. (Photo: Mari Nikuradze.)

TBILISI, DFWatch – It is still unknown who will be the formal leader of the main opposition movement in Georgia, less than six months before the parliamentary elections.

But there is little doubt that the real leader will be billionaire Bidzina Ivanishvili, who Saturday officially establishes his Georgian Dream party.

Ivanishvili a few weeks ago he stated that he as Georgian citizen will officially establish his political party named Georgian Dream Democratic Georgia. This would then form the center of a wider political bloc with a similar name for the upcoming parliament elections, with himself as candidate for prime minister.

Most Georgians have known Mr Ivanishvili as a philanthropist for almost a decade, but in October were witness to a dramatic shift in their country’s political landscape as the businessman wrote in an open letter that he wanted to become a politician, out of a deep-felt conviction that President Saakashvili was unfit to lead. Four days later, Saakashvili revoked his citizenship, which restricted his rights to set up a political party, finance or get involved in political activity.

A recently proposed constitutional amendment, introduced by the opposition Christian Democrats, will grant such political rights to EU citizens who have lived in the country for the last 10 years.

Ivanishvili has signaled that he will make use of his French citizenship, which under the amendment gives him nearly the same rights as person having Georgian citizenship.

At the same time, his lawyers continue to try to restore his Georgian citizenship, but the prospects seem dim after several setbacks.

Some have assumed Ivanishivli’s wife, Ekaterine Khvedelidze, would be formally placed at the helm of his new party, because she had better luck in court than her husband. Tbilisi City Court restored her Georgian citizenship in early in 2012, which means she has the right to set up a political party.

Davit Berdzenishvili, leader of the Republican Party, one of the businessman’s partner parties, Friday told journalists that it is not essential who will be the factual leader of the party, because the real leader of both the coalition and the party is and will remain Bidzina Ivanishivli, he said.