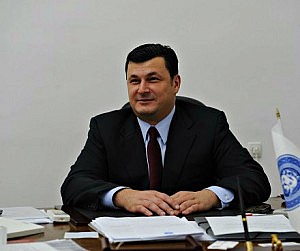 “We’ve been hindered by the (sinister) system that had been cemented for 25 years and now it is trying to knock out reforms as an alien body,” Alexandre Kvitashvili snaps back at his critics.

“The old system breaks down, bribery and other levies thrive in hospitals, and nothing has improved in recent years, but on the contrary, deteriorated,” Mikheil Saakashvili, the governor of strategic Odessa Oblast, said.

Ukrainian media quotes Saakashvili as saying that Kvitashvili, who held the same position of the health minister in Georgia during Saakashvili presidency, hasn’t been ‘aggressive and active’ enough to carry out necessary reforms.

“Let’s be honest. This system is against transformation. It is not enough being honest person, it is necessary to be aggressive,” Saakashvili said.

On June 30 the leader of the PPB faction at Verkhovna Rada, Yuri Lutsenko, stated about “disastrous situation in the Ministry of Health” and added that “(the PPB faction) can not tolerate that inactivity any more, which takes place in the ministry that is important for tens of millions of Ukrainians.”

“We’ve been hindered by the (sinister) system that had been cemented for 25 years and now it is trying to knock out reforms as an alien body,” Alexandre Kvitashvili snapped back.

He insisted that certain forces were lobbying his resignation because of establishment ‘transparent, normal and civilized’ procedure of purchasing medicines, which angered many people involved in illegal activities in this sphere and who would lose millions if the reform proves successful.

Alexandre Kvitashvili was appointed as Health Minister of Ukraine in December, 2014 after accepting Ukrainian citizenship.