Ukraine-Crimea-Georgia – the West and Russia

Ukraine-Crimea-Georgia – the West and Russia 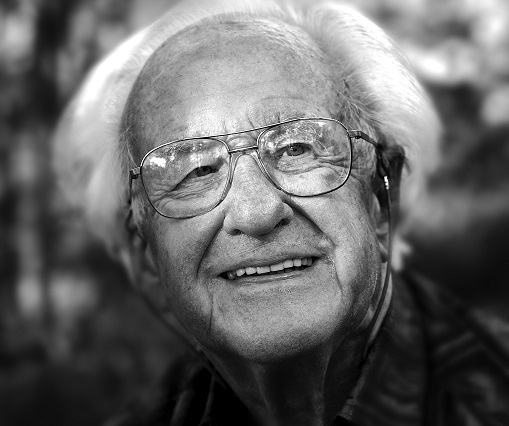 There is much in a name.  Ukraine means borderland.

The position of the extreme West–like US neocons–is clear: get all into NATO, encircling, containing, defeating Russia.  Some in Ukraine and Georgia share that goal.  The less extreme West would focus on EU membership, both being European countries.  Some of them, in turn, might focus on loans as there is much money to be made. Thus, Bosnia-Hercegovina had $9 billion debt before the EU take-over as “high authority”; now $107 billion.  “Austerity” around the corner.

The position of Russia as expressed by Putin and Lavrov: no way. Crimea will revert to Russia after it was given to Ukraine in 1954 by Khrushchev–himself born in Kalinovka, Ukraine in 1894, his wife a Ukrainian–possibly mainly for economic reasons as his son at Brown University R.I., USA argues.

However, Ukraine is not only a borderland but also two countries between Poland and Russia.  The Polish-Lithuanian Commonwealth of 1569 and the Austria-Hungarian Empire once covered most of Ukraine; so did czarist Russia and Soviet Union in their heydays.  More importantly, the dividing line of the Roman Empire from 395, confirmed by the schism between Catholic and Orthodox Christianity in 1054, is reflected in Ukraine’s extremely complex history.  The result is unmistakable: moving east the Catholic attachment yield to the Orthodox and Ukrainian to Russian.  When Poland became a member of EU and even of NATO, the handwriting for Ukraine was on the wall; bringing to mind Polish First Marshal Pilsudski’s Odessa-Black Sea ambitions after WW-I.

Odessa is in the West, Donetsk in the East, Ukrainian in the West, more Russian in the East.  And Kiev–origin of Russia, Rus–the capital, in the middle.  No doubt there is also a Ukraine uniting the two, a land, not only a border; also united in popular revolt against corruption all over. One split in two, two united in one: both true.

So much for diagnosis.  Prognosis:  Crimea reverts to Russia; Ukraine under Washington-Brussels hegemony; civil war threatening.  Anti-semitism, islamism.  But not escalating to a world war: NATO is strong; even stronger is SCO-Shanghai Cooperation Organisation, Russia-China+.  However, balance of terror is not peace, so what is the possible therapy?

The Soviet power center was in Moscow, but they showered the non-Russians with gifts of various kinds, even land. The two stories are similar, with Russian troops in Abkhazia-South Ossetia and military encounters. Thus, Georgia attacked South Ossetia in 2008, evidently hoping to provoke Russia to provoke NATO– but the plot was revealed (by BBC-4 among others: the Russian T72 tanks were made of cardboard).

Europe had the Cold War experience that a neutral-nonaligned belt between West and East is useful; the roles of Finland and Sweden, Austria and Switzerland, Yugoslavia.  To Washington they were half-way traitors, “equalizing” West and East, to be won over, even coerced.  But, a non-aligned borderland between today’s NATO Poland-Lithuania and Russia and NATO Turkey and Russia, could also one day be useful.

The choice for Ukraine is not between one unitary state ruled from Kiev, and two states run from, say, Odessa and Donetsk.  There are three in-betweens.

First, there is devolution, decentralization, already working, with regional parliaments reflecting the deep differences.  But they are weak relative to Kiev, let alone relative to Washington-Moscow.

Second, federation; the Federal Republic of Ukraine, with high level of autonomy for the two parts to express their character, yet sharing foreign, security (neutral!), finance and logistics policies.

Examples of the three: United Kingdom, Belgium, the Nordics; with similarities and differences.  Thus, the UK is now loosening, possibly breaking up in spite of shared language and history.  How Belgium will turn out, history will show.  The Nordics work well with even more differences than there is inside Ukraine and are not even contiguous.

The West and Russia compete with economic offers, but identity is probably more important.  Ukraine West feels West, Ukraine East feels Russian; united historically, divided culturally.  Could one be in EU and the other in the Russian federation, both enjoying the carrots offered?–in a Ukrainian Community with open borders?  Too divisive.

None of the three is perfect, but the federation may be the best way out.  There is unity and diversity.  Ukraine, a founding member of the United Nations, is still a country, yet the different identities are fully respected.  Be smart, could that federation even be both an associate member of the EU and the Russian federation?

For Georgia, a federation is much overdue as a way out; also for Adjara, the Muslim enclave.  Encased in a Caucasian Community, all three with strong EU ties as Europeans.  But keep NATO and SCO out.

Prediction: within 5 years we have both federations—and the crisis is over.

(This article was first published March 10, 2014, by Transcend Media Service. Republished with permission.)