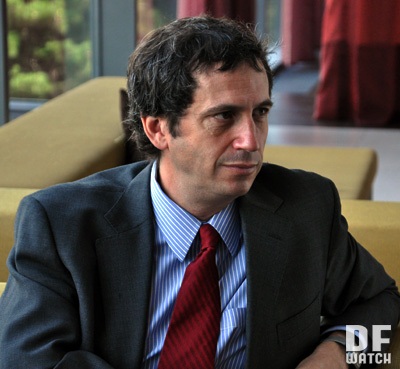 Prime Minister Bidzina Ivanishvili has made Georgia more free, while President Viktor Yanukovich made Ukraine less free when he came to power in 2010. Although the West’s “golden kid” lost the election both places, and former officials have been prosecuted, what happened in the two countries is different, says Lincoln Mitchell, Georgia-expert and Associate at Columbia University’s Harriman Institute.

Question: The arrests and trials of officials of the former government, and the most high ranking official arrested and tried so far is Vano Merabishvili, former Prime Minister and Interior Minister, stirred many negative responses from the West, from media and politicians as well. What do you think, how does mainstream US politics generally regard those arrests, especially Vano Merabishvili’s case? Does it have potential to impact bilateral relations?

Lincoln Mitchell: Keep in mind that the comments that come from the senators mostly come from conservative Republicans, who are not in power right now, and who have been the base of support for the UNM both in the USA and in Europe.

The US has several views here. First, they don’t like the notion that a party wins an election and just arrests their political opponents; however the US government doesn’t really think that’s what’s happening in Georgia.

Now there are some politicians from the political Right and some senators who think that. I think it’s hard for the ordinary American, let alone the ordinary foreigner, to understand how little members of Congress think about or pay attention to foreign policy. But if you look at what the State Department has said, and what the US embassy has said, they’ve issued very measured statements and what they’ve said is ‘we want a fair trial’ which, I think, is the position of the US and should be the position of the US.

You can’t randomly arrest political opponents, but we recognize that there is a case here and have a fair trial, make the case and we’ll go from there. That’s the position of the US government. It’s not going to affect the bilateral relations. It’s no more complicated than that. You know, US doesn’t have a lot of cards to play. Georgia is an ally, Georgia is supporting us in Afghanistan, Georgia is generally pro-US, this new Georgian government has continued that. We’re not going to destroy the bilateral relationship over this. No-one is seriously making that threat, and if they were seriously making that threat, it wouldn’t be plausible.

Q.: Some people are talking here about the feasibility of “Ukraine scenario” after the arrest of its former prime minister and the leader of the opposition, Yulia Timoshenko. Is that a case regarding the Merabishvili case too?

Lincoln Mitchell: Both actually. But Georgia is more free today than Georgia was one year ago or two years ago or three years ago.

That was not true when Yanukovich came to power. Yanukovich made Ukraine less free. The same is not true about Ivanishvili. There are of course some parallels. Both of them defeated people who were kind of favorites of the West, “golden kids” of the West. Both of the prime ministers were later arrested. But look, the prime minister of Italy has been arrested recently. The president of Israel was arrested recently. The fact that a high rank government official arrested does not automatically make the country authoritarian, and to try to make that argument is just not plausible. And I understand people who are not paying a lot of attention in the West, it’s easy – oh, look Georgia and Ukraine, they’re both far away, they both used to be part of the Soviet Union, the person we thought we liked both lost election, oh, it’s all the same, but I don’t think serious people think it’s all the same.

Q.: In your speech in Tbilisi during the roundtable in the office of Heinrich Böll Stiftung you said that possibly the US would in the future be more focused towards its internal problems due to some political and financial reasons, and that would affect its politics toward Caucasus too.

Lincoln Mitchell: The general trend in the US is going to likely be away from in deep involvement internationally, except where we have to be, for those reasons that you outlined.

Q.: Bidzina Ivanishvili has had trouble to have official trip to the US, not to mention to meet with the President Barack Obama?

Q.: You said that some people in US politics regard changing of power as a democratic move because a semi-authoritarian leader conceded his defeat but still some politicians see it as a “coup”. What trend prevails now?

Lincoln Mitchell: I’m not sure, I mean the official State Department position, the Obama administration is very much the former. Very much, ‘look this is democracy moving forward and things are good’. There are still certainly those particularly members of the Senate and the Congress, particular people on the right wing of American politics who see it as a coup, but for the administration it is clearly the first. I would say from my own view – I don’t agree with either of those statements. I think both of those statements are wrong.

Q.: You’ve described Saakashvili’s model of government as “semi-authoritarian”, how would you describe the current model or is it too early to judge?

Lincoln Mitchell: I think, as Zhou Enlai said about the French Revolution, it’s too early to tell. Right now I think Georgia is a semi democratic country, and the transition that we saw last year, over the last twelve months has been from semi authoritarian to semi democracy. It doesn’t guarantee anything for the future, but that’s what we’ve seen over the last months.

Q.: Recently BBC online published the article with headline “Georgia’s Open Doors Policy Begins to Tighten.” Some people, here and abroad, argue that the policies of the new government put under risk the notion of Georgia as an open country because of the changes in land ownership rules, introducing visa regime with several countries with whom Georgia had not had a visa, etc. What do you think in this regard?

Lincoln Mitchell: I think that’s a silly thing. I just don’t think that should be taken seriously. Georgia was not an open door country in the previous ten years, Georgia was a country where if you wanted to do business there you had to cozy up to the political power in the country. The notion was that Georgia was open; yes, you could get a visa and go there, but this is an internal domestic Georgian political fight that people are taking out to the foreign media, I don’t think it should be taken too seriously.

Lincoln Mitchell: No, I don’t thinks so. First of all nobody expects these elections to be very competitive, but everyone put so much effort into paying attention to last year’s parliamentary election that right now this one is just not on people’s radar screen in the same way. Now that may change. It is July and the election isn’t until late October, but there is nowhere near the level of interest. Nowhere near.

This government should hold this election as freely and fairly as possible and to be much better than last year. That is what the Georgian people want, that is what the Georgian people deserve and that’s what will help Georgia move forward. So I really hope that everyone involved doesn’t just ignore this election, but right now the scrutiny is not there as much as it was a year ago.