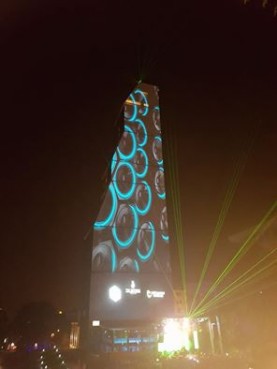 “Georgia is tolerant, open and welcoming nation,” Sheikh Nahyan bin Mubarak Al Nahyan, head of the United Arab Emirates Ministry of Culture, Youth, and Social Development stated in his speech at the opening ceremony of Biltmore Tbilisi Hotel on Sunday.

The ceremony was attended by Prime Minister Giorgi Kvirikashvili and members of government.

The event was echoed in Odessa, where Former President Mikheil Saakashvili, now governor of Ukraine’s strategic Black Sea region, stated that personally he was behind the construction of the hotel.

“I persuaded my friend from Emirates, Sheikh Nahyan, to invest money in the construction of the hotel… In this hotel, as well as hundreds of other construction projects, I put the whole heart,” posted Saakashvili on his Facebook.

Biltmore Tbilisi is an investment of Abu Dhabi Group, which is chaired by Sheikh Nahyan.

In February the Hong Kong based operator, Melco International Development, ditched its plan to open a high-end luxury casino in the hotel because it was unable to reach an agreement with Dhabi Group about leasing of space.